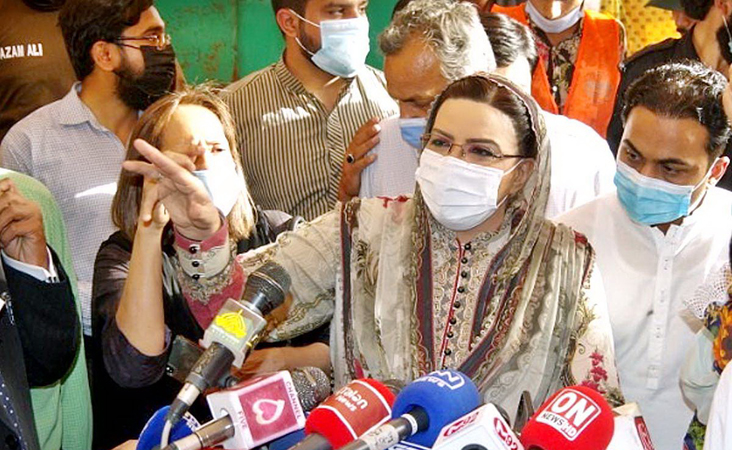 Special Assistant to Chief Minister (SACM) Punjab on Information and Culture Dr Firdous Ashiq Awan has said the palaces of Jati Umrah and Raiwind have been shaken due to the action taken against the land mafia. While talking to media persons after visiting Ramzan Sahulat Bazar at Allama Iqbal Park, Dr Firdous said the Sharif’s should produce the evidence of ownership of Jati Umrah palace before the court of law instead of using it as a media stunt.

The SACM renewed the pledge that the government was pursuing a zero-tolerance policy against land mafia without any discrimination.

Replying to a question, Dr. Firdous Ashiq Awan said the Punjab government has made a comprehensive mechanism to regularize housing societies on the order of the High Court, adding, those who looted the money of innocent people in the name of fake housing societies would be dealt with iron hands.

Earlier, talking to people during inspection of various stalls at the Ramzan bazaar, the SACM expressed concern over long queues and said that people would not be made to wait in the queue any more. She also asked the administration to improve facilities for people.

The SACM informed that 364 Ramazan bazaars had been established across the province where a 10 kg flour bag was available at Rs 375, adding, the provincial government was giving a subsidy of Rs seven billion to ensure the provision of quality based commodities of daily use items including sugar, vegetables, fruits, pulses, and other items at subsidized rates.

Replying to a query, she said the Punjab government has allocated an amount of Rs 1.5 billion from its own budget for the purchase of one million corona –vaccine that would also be administered to journalists as they were frontline workers of government efforts against the pandemic. Commissioner Rawalpindi Division Syed Gulzar Hussain Shah and Deputy Commissioner Capt (retd) Anwar ul Haq also accompanied her during the visit.