Revolutionary steps being taken to enhance production of milk, meat 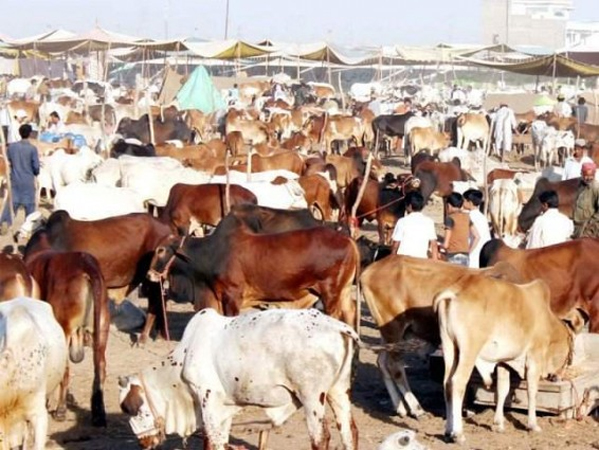 Provincial Minister for Livestock and Dairy Development, Sardar Husnain Bahadur Dreshak, said that the country is heading forward speedily on way to progress under leadership of Prime Minister Imran khan.

He said that the revolutionary steps were being taken on priority basis to enhance the production of milk and meat at country level.

Minister said that the livestock breed improvement project was vital for betterment of genetic characteristics of local cattle and added that it could also help to enhance halal products.

He said that the targets will be assigned to 1500 government and 700 private veterinary technicians for the project concerned.

He said that the Livestock officials were directed to ensure storage and quality of high quality variety ‘Semen’ at each level and comprehensive strategy about monitoring and evaluation.

He said that the provincial government has approved more uplift projects for the development of South Punjab.

He said that the incumbent government was used to fulfill all promises made with masses by launching mega uplift projects.

Pakistan Readymade Garments Manufacturers & Exporters Association (PRGMEA), supporting the Prime Minister’s stand of ‘no trade with India’ under current circumstances, reiterated its demand of allowing duty-free import of fabric from across the world to overcome local shortage, as the fabric in Pakistan is being sold at $2.5 against rate of $1.5 in China.

Garment industry fully supports the government to continue halting all types of trade with India until it revisits its unilateral and illegal measures of August 5, 2019 regarding held Kashmir. We also appreciate the prime minister for instructing the Ministry of Commerce and his economic team to immediately take steps to facilitate the relevant sectors, value added apparel, by finding alternative cheap sources of import of the needed commodities, he added. There is also need to take strong action against textile mafia who are hoarding a huge stock to create artificial shortage to make money in line with the action taken against sugar cartel.

He said that cotton prices have fallen by Rs400 to Rs10,800 per maund while no cut in fabric prices have been seen so far in spite of declining trend in global market.

“We appeal the government to withdraw all types of duties and taxes on fabric import following the abolishment of Customs and Regulatory duty on yarn in view of controlling shortage of apparel industry’s raw material.”

He said that another important issue which has been hitting the exporters hard is the astute depreciation of dollar against rupee, because the garment exporters had booked their annual orders for the global buyers at the rate of Rs.167 per dollar, which has now nosedived to Rs153. The garment exporters are facing financial crunch, since their cost has increased because of dollar depreciation against rupee from 167 to 153 and increase in prices of cotton yarn by more than 40 percent, he said.