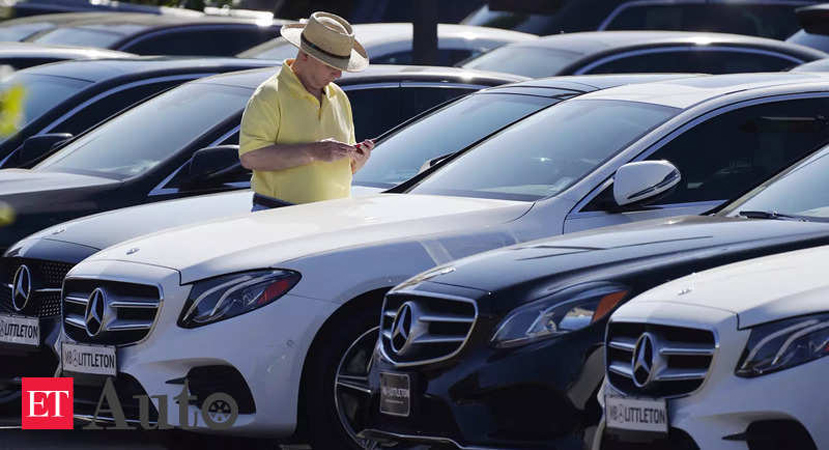 Soaring Chinese demand for luxury Mercedes-Benz cars and higher prices drove a better-than-expected profit for Daimler in the first quarter, helping it navigate the coronavirus crisis.

Mercedes-Benz sales in China hit 220,520 vehicles in the quarter, a rise of 60%, and outmatched the German carmaker’s performance in Europe where they were up 1.8% to 192,302. “Favourable sales momentum at Mercedes-Benz Cars driven by all major regions, especially China, strongly supported the product mix and pricing in the first quarter,” Daimler AG said in a statement on Friday.

This reflected a quickening of China’s economic recovery in the first quarter to record growth of 18.3% from last year’s deep coronavirus slump. Unable to travel, wealthier Chinese consumers have used their disposable income to splash out on luxury items

Chinese buyers also helped to turn around 2020 for Daimler, with sales rising in the second half of the year and offsetting weaker results in other regions, and its German competitors BMW Volkswagen, which said on Friday that its sales in China jumped 65% in March. Daimler said its quarterly adjusted group earnings before interest and tax jumped to 5 billion euros ($6 billion) in the first three months of 2021 from 719 million euros a year before. That was above average analyst expectations of 4 billion euros, prompting it to release key figures a week ahead of schedule. The comparable 2019 figure was 2.3 billion euros.

“The headline numbers are an impressive beat even ahead of whisper numbers, but we think many investors were already positioned for a blow-out quarter,” UBS analysts wrote. Daimler on Thursday unveiled the EQS, its first electric car built on a dedicated platform that is seen as a bid to challenge Tesla’s global dominance.

On Thursday Volkswagen also singled out China as a key driver for global automotive recovery.. Daimler shares rose by as much as 3.1%, taking them to their highest level in more than 5 years. Shares have gained a third year-to-date, as investors are warming up to electric car strategies outlined by German carmakers.

Jefferies analysts, who kept a “buy” rating on Daimler’s stock, wrote that carmakers faced a challenging production environment in the second quarter. The sector has been hit by a shortage of crucial semiconductors, causing several carmakers, including Ford, General Motors and VW, to cut or adjust production. Daimler, which has been largely unaffected, did not comment on the chip crunch.