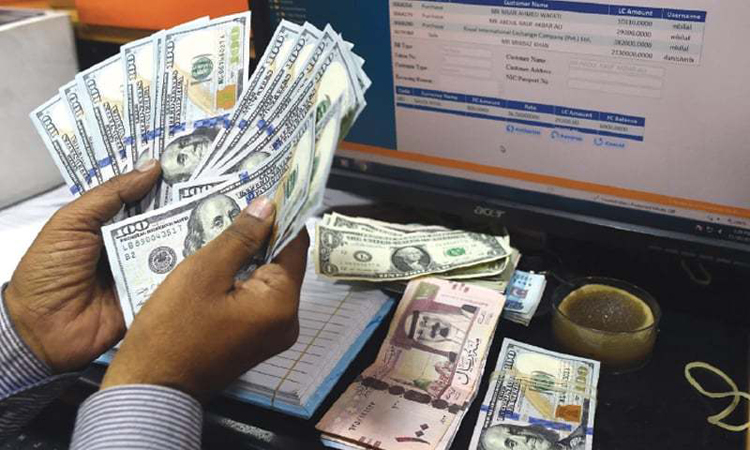 Currency traders and analysts expect that Pakistan will receive record monthly remittances up to $3 billion ahead of Eid festivities.

According to the State Bank of Pakistan, the country witnessed a 43 percent increase in workers’ remittances in March 2021 when it received $2.7 billion. It was the 10th consecutive month the Pakistani diaspora sent more than $2 billion to their homeland.

“Keeping in view the consistent inflows, we expect remittances to cross the $3 billion mark ahead of Eid,” said Malik Bostan, chairman of the Exchange Companies Association of Pakistan (ECAP). “The major support as usual is coming from Saudi Arabia and the UAE where large numbers of Pakistani workers reside, and many of them are unable to travel to their country to celebrate Eid with their families,” he continued. “We expect 20 to 30 percent seasonal growth in remittances.” “Pakistan is receiving great support from Saudi Arabia and the UAE,” Bostan said. “This is likely to continue because overseas Pakistanis living in the Gulf region generously send Zakat and other donations ahead of Eid festivities.”

The country has cumulatively received $21.5 billion in remittances during July-March FY21 which is 26 percent higher than the number in the corresponding period of FY20. Analysts said that travel restrictions coupled with technological up-gradations are playing a major role in the growth of remittances through official channels. “Now people are utilizing different payment transfer technology apps which are economical and much faster,” Samiullah Tariq, head of research at Pakistan-Kuwait Investment (PKI) said.

“Previously, many people were reluctant to use these apps, but they have now discovered their benefits which has also resulted in the growth in remittances,” he added. Pakistani rupee in recent days has appreciated due to stronger inflow of remittances, resumption of the stalled International Monetary Fund program and the sale of $2.5 billion worth of Eurobonds.