I am dying to go back to theatres: Aditi

* 'I miss it because there's the magic associated with the theatre, there's a whole childhood nostalgia and it's a very immersive experience,' Aditi informed media 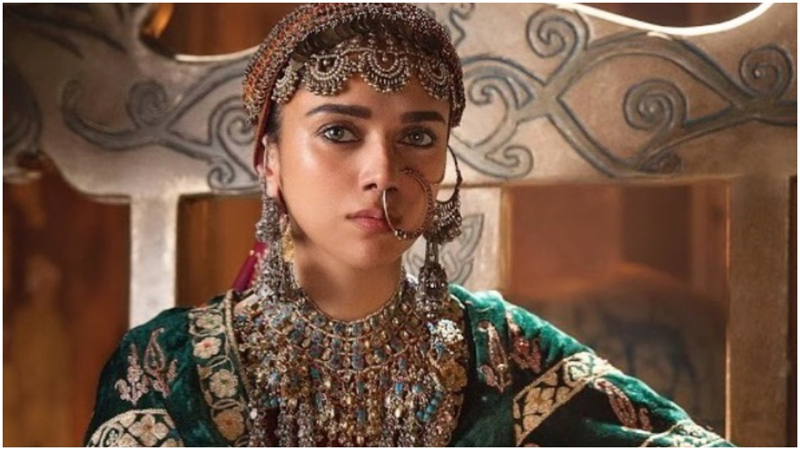 Aditi Rao Hydari says while OTT is doing a great job at entertaining the audience, she does miss the big screen. The actor says there is a sense of “magic” in theatres, which has always been there and will never go away.

“I miss it because there’s the magic associated with the theatre, there’s a whole childhood nostalgia and it’s a very immersive experience. You go there and you become a part of the world there,” Aditi told IANS.

However, she said that since last year, OTT platforms have really gained prominence.

“In lockdown, OTT platforms have been our best friends. With OTT, there has been amazing writing, content, and the way the audience has consumed the content, that’s been really incredible,” she said, adding that the platform has given a lot of work to people in the industry.

However, she said that since last year, OTT platforms have really gained prominence

“As an actor, there is so much more to do on it, in fact, for directors, writers, and everyone in the industry it has opened a whole new world,” she said, adding there will come a time when both platforms will be at the same level.

The actress adds that the kind of content that plays on both platforms is diverse.

“For writers, directors, actors, it has opened up a new world in terms of stories that one can only make for OTT which is different from one makes for the theatres. Quite often, the theatrical films are larger-than-life and mounted differently. A producer might tell it better, how it is structured. OTT is different because the pressure is different,” she says.

“As an artist, I have the same passion and the same love. It’s just the medium and the way it is done for each platform, that is a whole producer and the finance thing, that’s different. So, it doesn’t make a difference in how I work. I do believe, the variety can be more and it is, the kind of topic people are making films and shows on, might not be conducive to the theatre or the way stories they tell like in 6 to 7 seasons, in theatre you just have 2 hours. That’s different,” she says. Aditi is currently seen on the OTT-released film “Ajeeb Daastaans”, and will soon be seen in the Tamil film “Hey Sinamika”, “Maha Samudram”.