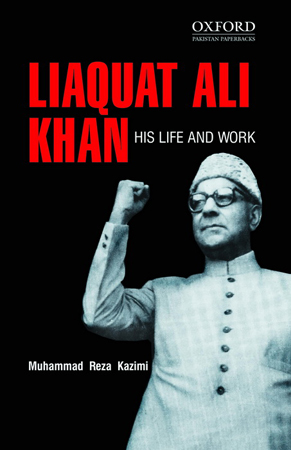 Liaquat Ali Khan was among the founding fathers of Pakistan. His contribution to the creation and consolidation of Pakistan has been immense. Yet the fact that no biography of this first Prime Minister of Pakistan and the last Honorary Secretary of the Muslim League has ever been written in English shows how far his role has been neglected. This book has the distinction of being the first biography of this historic figure. Based on primary and unpublished material including the Jinnah-Liaquat Correspondence, The All-India Muslim League Papers, and The Shamsul Hasan Collection, this book contains many interesting disclosures, notably about the Desai-Liaquat talks, Liaquat’s hostility to the British War efforts and the economic imperatives of the 1947 ‘Poor Man’s Budget’. This will be essential reading for all those who are interested in the recorded history of Pakistan. 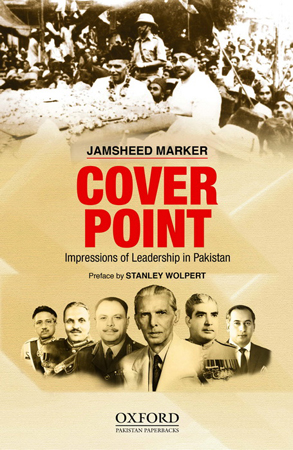 Impressions of Leadership in Pakistan

A lifetime in the diplomatic service of Pakistan gave Jamsheed Marker a unique vantage point-in cricket terms, he was at cover point, i.e. ‘near enough to the wicket to follow the action around the stumps…yet sufficiently distant for a general overview of the state of play’. This work relates the first-hand impressions of Mr Marker, which he garnered during his illustrious career, starting with Quaid-i-Azam MA Jinnah up until the rule of General Pervez Musharraf. 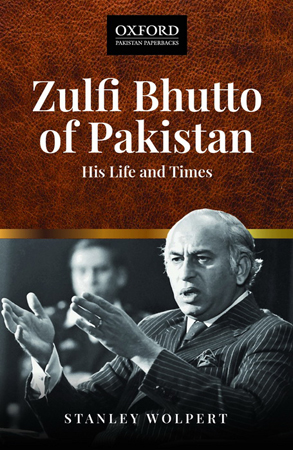 Zulfi Bhutto of Pakistan: His Life and Times

No individual in the history of Pakistan-indeed, few people in modern history-have achieved greater popular power or suffered so ignominious a death as Zulfikar Ali Bhutto. Bhutto’s political rise and fall was so meteoric that his name became a legend in the land he once ruled. This volume traces the life of Zulfikar Ali Bhutto, from the colourful days of his feudal ancestors to his imprisonment and hanging at the hands of a military dictator. Bhutto was a charismatic and contradictory man. He climbed the heights of power with amazing swiftness, winning a seat in the central Cabinet of Pakistan at the unprecedented age of thirty. Wolpert weaves Pakistan’s turbulent politics and repeated wars with India together with Bhutto’s ambitious manoeuvring, tracing his rise as Foreign Minister, to the founding of his own political party, the PPP, and finally, leadership of the nation. The story of Bhutto’s sometimes inspiring and sometimes quixotic career is a fascinating one and Wolpert tells it brilliantly through Bhutto’s triumphant years in the mid-1970s, the military coup in 1977, and his treacherous imprisonment and execution in 1979. 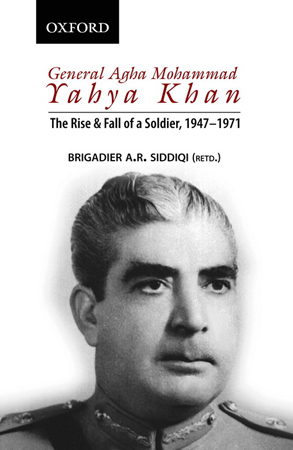 Although this book is about General Yahya Khan’s personal trajectory in the Pakistan Army, yet it most importantly offers a historical insight into key political events from 1947 to 1971. The author, popularly regarded as Yahya Khan’s important PR-man, throws new light on the 1965 war and the still mysterious change in command in mid-offensive during that war; Yahya Khan’s take-over of power from Field Marshal Mohammad Ayub Khan; army action and surrender in East Pakistan, and other issues considered contentious to-date. Moreover, this book offers an analysis on the Pakistan Army’s ideological positioning-in its Introduction, ‘The Pakistan Army and an Anatomy of Jihad’-throughout these years which help us understand the nature of armed conflicts within and without, the infiltration of the jihadi ethos against conventional professionalism of the army, as protectors of the homeland. While most of the failings in the higher military and political command and that of the civil servants and politicians, of that time are well-known, and covered in a number of retrospective books, memoirs, and the Hamoodur Rehman Commission Report, this book holistically questions and analyses those alleged failings since the author presents his first-hand, objective account as a witness to essential developments in 1965 and 1971 wars and the events leading to both periods. Therefore, as a former Army PRO, Brigadier Siddiqi’s is an inside account and he does not hesitate to speak his mind. 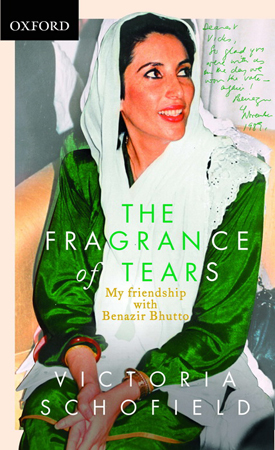 The Fragrance of Tears

My Friendship with Benazir Bhutto

In the summer of 1978, Victoria Schofield travelled to Pakistan to stay with her Oxford friend Benazir Bhutto, daughter of the former Pakistani prime minister Zulfikar Ali Bhutto. She was answering an invitation to visit Benazir during her father’s appeal against the death sentence following his trial for conspiracy to murder, brought by the military regime of General Ziaul Haq. In the fevered and desperate context of Bhutto’s appeal and subsequent execution, Victoria and Benazir’s Oxford friendship grew into a deeper emotional bond that would last a lifetime until Benazir’s assassination in December 2007. As well as providing firsthand insights into Benazir’s transformation from Oxford undergraduate to political activist and the first woman prime minister of a Muslim majority country, Schofield’s memoir of their friendship sheds light on the troubled recent history of an increasingly turbulent region. Drawing on diaries and letters, she narrates the trajectory of her close and enduring relationship with one of the most charismatic and controversial figures in South Asian politics – whose life and career were defined by tragedy.