* Ultimately, the statement did little to prevent rumours from flying 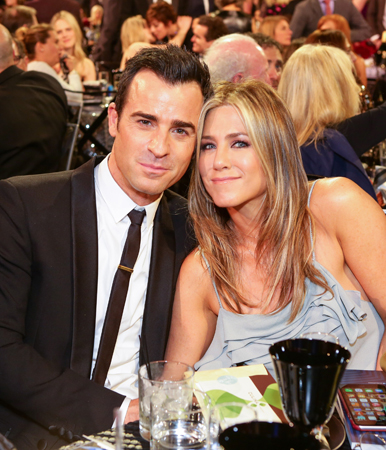 Justin Theroux and Jennifer Aniston are still friends, despite their split. It’s been three years since The Leftovers alum and The Morning Show star announced their separation. “Normally we would do this privately, but given that the gossip industry cannot resist an opportunity to speculate and invent, we wanted to convey the truth directly,” the duo, who wed in 2015, said in a joint statement to E! News in Feb. 2018. “Whatever else is printed about us that is not directly from us, is someone else’s fictional narrative. Above all, we are determined to maintain the deep respect and love that we have for one another.”

Ultimately, the statement did little to prevent rumours from flying. One reported scenario, for instance, claimed Theroux and Aniston’s desire to live on opposite coasts played a role in their split. “That’s a narrative that is not true, for the most part,” he told Esquire in a new interview, published on Thursday. “Look, people create narratives that make themselves feel better or simplify things for them. That whole ‘This person likes rock ‘n’ roll, that person likes jazz.?Of course!’ That’s just not the case. It’s an oversimplification.”

Regardless of what caused the breakup, it appears that Theroux, 49, and Aniston, 52, have maintained a cordial relationship. In fact, the stars-who share many of the same friends-even celebrated Thanksgiving together in 2019. And for Aniston’s 52nd birthday in February, Theroux posted a sweet tribute to the actress online.

One reported scenario, for instance, claimed Theroux and Aniston’s desire to live on opposite coasts played a role in their split. ‘That’s a narrative that is not true, for the most part,’ he told Esquire in a new interview, published on Thursday

“I would say we’ve remained friends,” Theroux shared with Esquire. “We don’t talk every day, but we call each other. We FaceTime. We text.”

“Like it or not, we didn’t have that dramatic split, and we love each other,” he added. “I’m sincere when I say that I cherish our friendship. We cannot be together and still bring each other joy and friendship. Also, she makes me laugh very, very hard. She’s a hilarious person. It would be a loss if we weren’t in contact, for me personally. And I’d like to think the same for her.”

And while many former couples may find it hard to keep the peace after a split, Theroux and Aniston have managed to make it work. “I think that when you get good at relationships-and here I am, single-if you love the person the same way you loved them in the relationship, it would behoove you to love them the same way out of the relationship,” he told the outlet. “Who wants to take a s–t while you’re walking out the door?”

Theroux first spoke out about his split from Aniston in a Sept. 2018 interview with The New York Times. And it sounds like not much has changed in their relationship since then. “The good news is that was probably the most-I’m choosing my words really carefully-it was kind of the most gentle separation, in that there was no animosity,” he said at the time. “Again, neither one of us is dead, neither one of us is looking to throw hatchets at each other. It’s more like, it’s amicable. It’s boring, but, you know, we respected each other enough that it was as painless as it could be.”