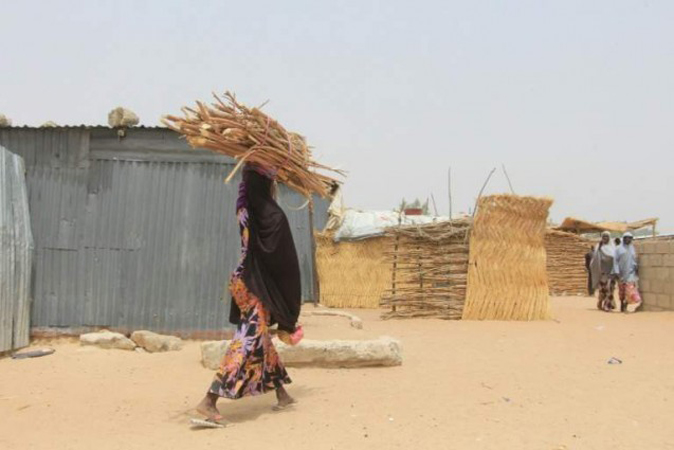 Tens of thousands of people have fled the northeastern Nigeria town of Damasak following jihadist attacks that killed more than 20 people, local officials and the UN said on Friday. Fighters from the so-called Islamic State West Africa Province (ISWAP) stormed the town in Borno state three times in a week to strike a military garrison, torching homes, a police station and a UN office. The attacks have underscored the jihadists’ ability to launch sustained strikes at Nigeria’s armed forces, more than a decade into a grinding insurgency. In the latest violence on Wednesday, militants assaulted the army base before being forced back into Damasak town, where at least 18 people were killed, the local officials and military sources said. Another four people, including a soldier, were killed in a previous attack. The UNCHR said up to 65,000 people had fled. “Following the latest attack on Wednesday 14 April, the third in seven days, up to 80 percent of the town’s population — which includes the local community and internally displaced people — were forced to flee,” UNHCR spokesman Babar Baloch said. Some have fled towards the regional capital Maiduguri and other nearby towns while others have crossed the border into Niger’s Diffa region, itself vulnerable to jihadist violence.