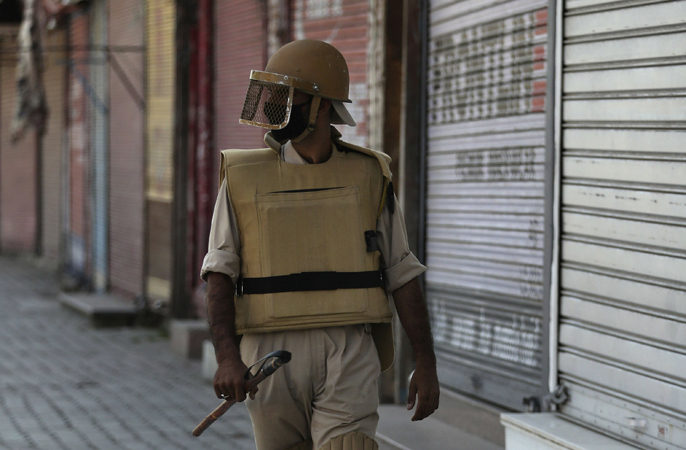 Police in Indian-controlled Kashmir said Friday that they arrested one of their own officers and dismissed her for obstructing a counterinsurgency operation in the disputed region. The officer livestreamed a cordon and search operation by government forces in southern Frisal village on Wednesday “with the intent of disrupting the search operation,” police said in a statement. In the video, which went viral on social media, the woman was seen shouting: “This is our Kashmir” while hurling invectives at the raiding troops. The statement said the officer “resisted the search party,” turned violent and made statements “glorifying violent actions of freedom fighters.” The officer was arrested and fired, the statement said. She was charged under India´s main counter-terrorism law.