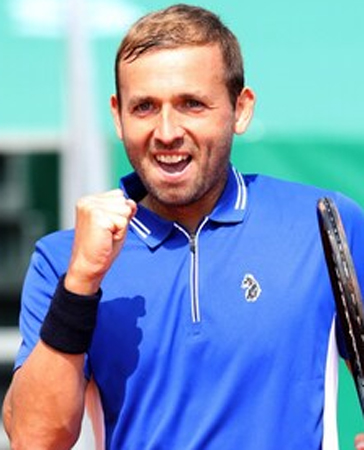 MONACO: World number one Novak Djokovic crashed out in the third round of the Monte Carlo Masters following a 6-4 7-5 defeat by Britain’s Dan Evans on Thursday. The 30-year-old Evans emerged triumphant in the pair’s first meeting to end the Serb’s perfect 10-0 start in 2021. Djokovic struggled to find any kind of rhythm on a windy day at the ATP Masters 1000 event and committed 45 unforced errors during the two sets, more than double of Evans. “It hasn’t sunk in yet,” Evans said in his courtside interview. “I couldn’t quite believe the last ball went over the net. It nearly didn’t. “I was pleased, regardless, with how I was playing coming into the match. I felt good. You can never be confident coming into such a big match like that against Novak. It is clearly a big win and I am delighted that I got through.” Evans, the top-ranked British player at 33rd, made a fast start in the match on a cooler day at picturesque Monte-Carlo Country Club on the French Riviera to go up 3-0 in the opening set but Djokovic rallied back and levelled the set at 4-4.

The 33-year-old, however, suffered another service break on the next game before Evans, who used his backhand slice expertly to trouble Djokovic, held his own to take the opener. Djokovic started aggressively in the second set and opened a 3-0 lead and had a set point on Evans’ serve at 5-4 but the British player kept his cool and converted his first matchpoint with a winner to complete the biggest win of his career. “The biggest thing is, you have got to believe you can win. Of course, I doubted myself in the match. Serving it out is not easy. You have got all sorts (of things) running through your head. “I am just happy with how it went and it will be one to savour for maybe after the tournament, to tell the kids and grandkids that you beat the World No.1. It is a nice one.”