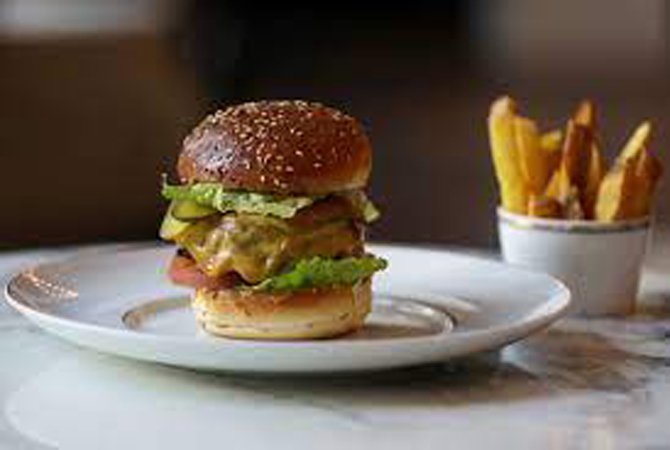 The Waldorf Astoria hotel in Amsterdam, with a two Michelin star chef and rooms starting at $700, initially balked at the idea of offering burgers for delivery. Then reality hit. Without guests or open dining rooms, hotels and restaurants in the Netherlands have had to turn to offering takeaway meals. For the canal-side Astoria that meant a $20 burger to go. The chefs had to come up with something unique, said the hotel’s manager Roberto Payer. “The way we do it, the way we prepare it, the way we serve it, the way it comes home is very different to any other burger.” For 19.50 euros plus an Uber Eats delivery fee, the Waldorf Signature burger comes with a 240-gram Holstein-Frisian meat patty and is served with English Duke of Berkshire bacon on a French brioche bun and aged Dutch cheese and homemade relish. Uber Eats reviewers have awarded it 4.8 stars out of 5. With hundreds of weekly orders, it’s been a success, but won’t compensate for a prolonged ban on inside dining that could be extended by months.