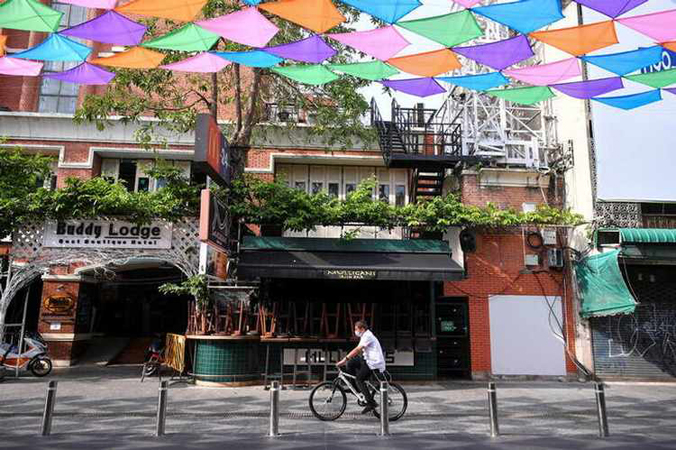 Thailand reported 1,543 new coronavirus cases on Thursday, the sharpest increase since the start of the pandemic and the fourth record rise this week, prompting authorities to prepare new restrictions that would include closing schools and clubs. Thailand has so far managed to contain the number of cases relative to other countries, but the new outbreak comes as many have travelled during the country’s Songkran new year holidays and as vaccination rates are still low. Asked whether lockdowns would be imposed, health official Chawetsan Namwat said measures were being formulated based on case numbers in each area and would be proposed to the coronavirus taskforce for approval on Friday. “We have to divide up the areas based on seriousness, which is different and so measures have to be suitable for each area,” Chawetsan told a briefing. The measures include closing entertainment venues, clubs, bars, massage parlours and schools nationwide for at least two weeks, health minister Anutin Charnvirakul said in a statement. Activities involving over 50 people would be prohibited and 18 provinces, including Bangkok, classified as red zones and the remaining 59 provinces as orange. Restaurants would not be able to serve alcohol and must close by 9 p.m. in red zones.