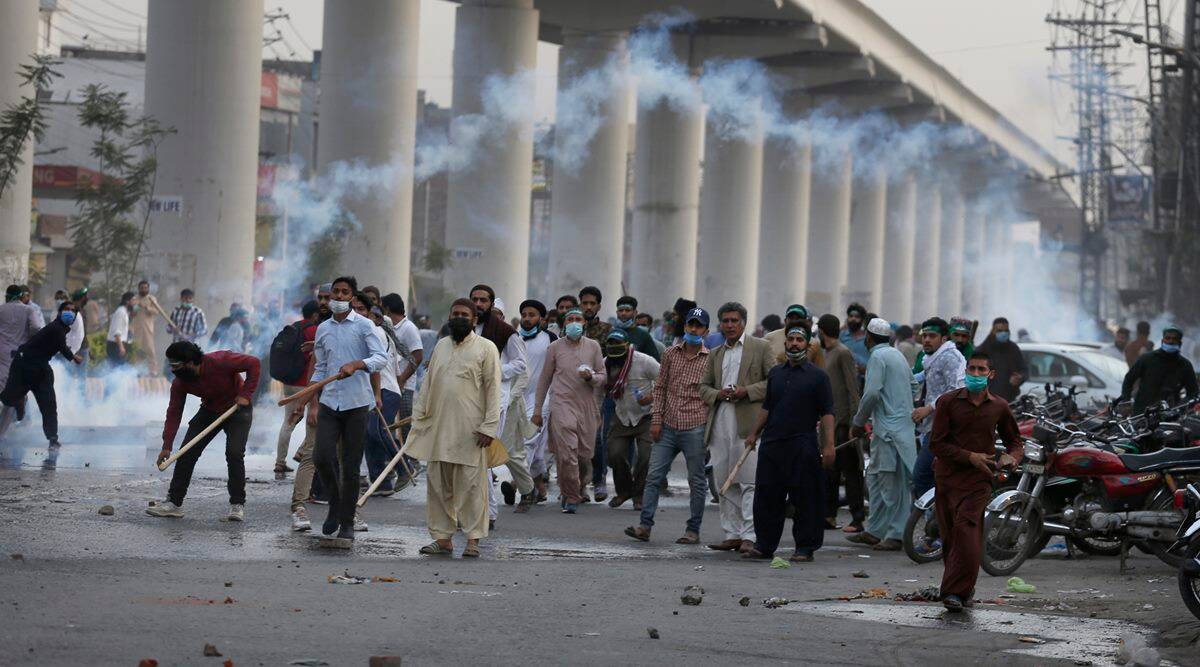 ISLAMABAD: Pakistan has blacklisted radical Islamist Tehreek-i-Labbaik Pakistan (TLP), whose supporters and workers have been carrying out violent protests across the country for three days after the arrest of their chief.

The summary was approved during the federal cabinet’s session on Thursday, after which the process to blacklist TLP as a terrorist organization was initiated. Sources familiar with the development suggest that the government will present the declaration in the Supreme Court of Pakistan.

Yesterday, Interior Minister of Pakistan, Sheikh Rashid Ahmed, announced that the religiopolitical outfit would be banned under Rule 11(b) of the Anti-Terrorism Act (ATA), 1997.

Rashid said the Punjab province government had recommended a ban on the organisation, for which a summary was sent to the federal cabinet.

He said TLP leaders used to come to all rounds of talks with the government after issuing instructions to their workers regarding road closures.

The Election Commission of Pakistan (ECP) will subsequently denotify the TLP on orders of the apex court.

Sources told Geo News all parliamentarians of the TLP will be automatically disqualified after the ECP denotifies the party.

“They were more prepared than us but today we have decided that [a] ban on TLP [will be placed] and this file is going to the cabinet for the approval from today,” the minister said.

The Election Commission of Pakistan (ECP) will subsequently denotify the TLP on orders of the apex court.

Sources told Geo News all parliamentarians of the TLP will be automatically disqualified after the ECP denotifies the party.

The TLP is protesting against the arrest of their leader Saad Hussain Rizvi, who was taken into custody earlier this week, and blasphemous caricatures published in France. The protests have turned violent and several casualties have also been reported.

The demonstrators have demanded that the French ambassador be sent home and import of goods from that country banned, as reported by Dawn.

According to media reports, the Imran Khan-led Pakistan Tehreek-i-Insaf government signed an agreement with the TLP in November last agreeing to expel the French Ambassador.

The TLP launched a massive protest in November last year against the cartoons but dispersed after the agreement with the government to expel the Ambassador by February. The deal was extended until April 20. (ANI)