* The Emorys are one of the 6 million African-American families taking part in what would become known as the 'great migration,' relocating from the rural south to northern states 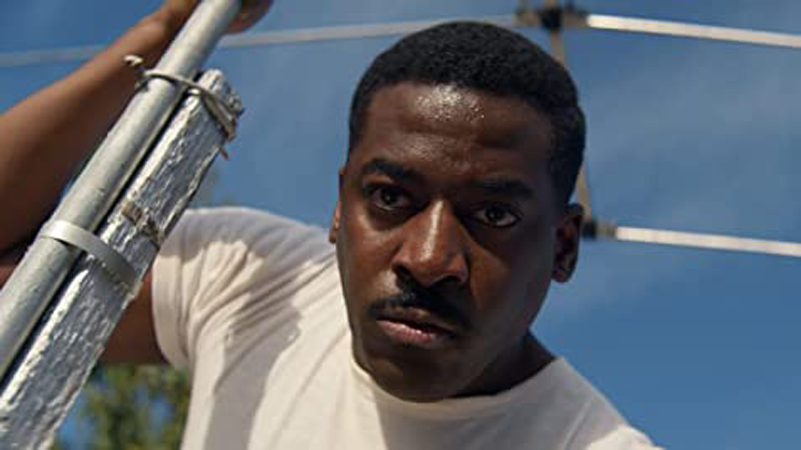 A woman and her baby are alone in an isolated house when an apparently innocuous old woman walks down the road towards them. She mentions that “we” saw the woman’s husband leave and begins singing about “Old Black Joe”. When she hears the baby, she brightens and asks “Can I have him? Your boy? I’d like him very, very much.” It would be chilling enough, but the fact that the woman whose baby she is demanding is black adds a historical dimension of horrors to the encounter. Shadows of slavery, babies taken from mothers, and the inescapable vulnerability – even to malevolent supernatural forces – caused by having a certain skin colour in a certain country at a certain time instantly come to mind. The opening scene demonstrates the series’ greatest strength in microcosm.

It rapidly becomes clear that the neighbours disagree. Beneath the pastel twinsets, hearts fill with fear and loathing. And behind closed doors facing out on to immaculate front lawns, awful plans are laid

The Emorys are one of the 6 million African-American families taking part in what would become known as the “great migration”, relocating from the rural south to northern states promising industrial employment and a better life than the land of Jim Crow was offering. Prompted, it seems, by both a personal tragedy and the offer of a job as an aircraft engineer) Henry and his wife Livia have bought a house in Compton, Los Angeles, for themselves and their two daughters, Ruby and Gracie Lee. The covenant in the house deeds forbidding sale to anyone “of negro blood” is, the realtor assures them, no longer binding. 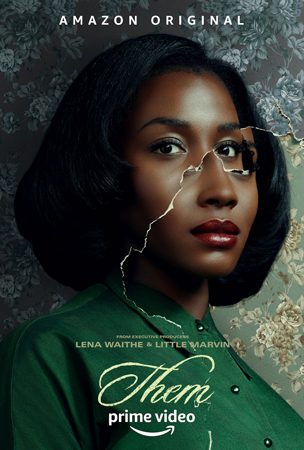 It rapidly becomes clear that the neighbours disagree. Beneath the pastel twinsets, hearts fill with fear and loathing. And behind closed doors facing out on to immaculate front lawns, awful plans are laid.

The flesh-and-blood racists who the Emorys face are enough to terrify. The women gather silently, smiling, to set up chairs and tea tables outside the new family’s house, each playing different stations on their radios to surround the newcomers with a constant, hellish cacophony. The men prefer action, under cover of darkness. While Livia is trapped in the house, Henry must confront the sea of white professional faces at work and the children endure their own sufferings at school. What marks out this portrayal of 50s prejudice is that, thanks to magnificent performances from Thomas and Ayorinde, you get a great sense of the cost to victims: the sheer amount of mental energy it takes to navigate a relentlessly hostile world, the consequent exhaustion, the constant abrading of the soul.

If the series has a weakness as a horror story, it’s that the supernatural stuff is really a bagatelle. Each family member is haunted by a different ghost – Gracie Lee’s is a Victorian governess figure from her favourite book, Henry’s is a phantom in blackface – all of which are manifestations of the house’s displeasure and of course a metaphor for everything outside. They provide some effective jump-scares but still can’t compete with the affectless smile on the face of queen bee Betty as she channels her plentiful energy into making the Emorys’ lives a waking nightmare.

It should be remembered that Them was conceived and commissioned during the presidency of a man who came to power on the backs of those yearning for a return to the 50s and the American Dream. One can only imagine the horror of watching this if he had won again. Waking nightmares indeed.