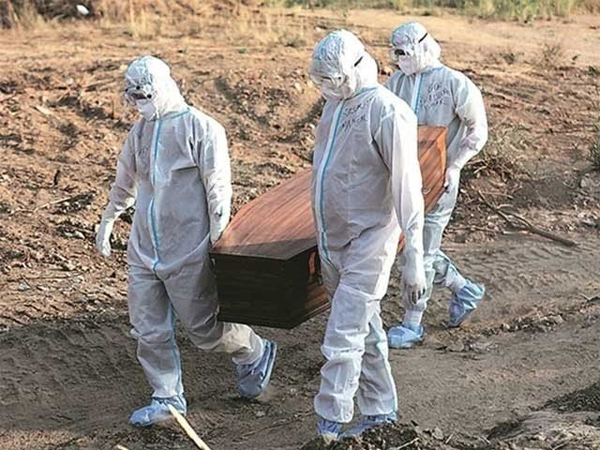 The national tally on Wednesday of total active Covid-19 cases was recorded at 76,757 as 4,681 more people tested positive for the deadly virus. One hundred and thirty-five patients died on Wednesday, 126 of whom were under treatment in hospitals and nine in their respective quarantines or homes, according to the latest update issued by the National Command and Operation Centre (NCOC). Most of the deaths occurred in Punjab, followed by Khyber Pakhtunkhwa. Out of the total 135 deaths, 45 of the deceased died on ventilators during their treatment.

The NCOC Wednesday issued a new set of standard operating procedures (SOPs) to mitigate the adverse effects of the third wave of coronavirus. Given the alarming surge in coronavirus cases, the forum decided to implement “broader lockdowns”, with stringent enforcement protocols where no mobility will be allowed except in emergency situations. Saturdays and Sundays will be observed as closed days at the national level, read the notification issued by the coronavirus monitoring body.

All indoor and outdoor activities, including social, cultural, political, sports, and other miscellaneous events, will be banned. “Outdoor dining will be allowed from iftar till midnight, example 11:59pm, with strict SOPs, while takeaways will be allowed,” the notification read. In addition to the complete closure of cinemas and shrines, the NCOC announced amusement parks, too, will remain closed.

The NCOC decided to ban inter-provincial transport on two closed days (Saturdays and Sundays) which will continue to be enforce till midnight April 25-26. However, it said the decision will be reviewed on April 20.

Market timings will be from sehri till 6pm. For taraweeh prayers, the NCOC said that it should be organised in open spaces as far as possible. The forum called for civil administration at every tier to engage ulemas and community leaders for assistance in the enforcement of Covid-19 SOPs during Ramadan.

The NCOC also announced to continue with the 50% work from home policy for all public and private offices, where intercity public transport is to operate at 50% of capacity.

Stringent protocols for tourism have been imposed in Khyber Pakhtunkhwa, Gilgit-Baltistan, Azad Jammu Kashmir and tourist sites elsewhere. “Sentinel testing sites at every point/selected locations will be established,” the notification read.