* PM says there can be no two different sets of laws for the powerful and the poor
* Poverty, price hike in country are symptoms of corruption of previous rulers 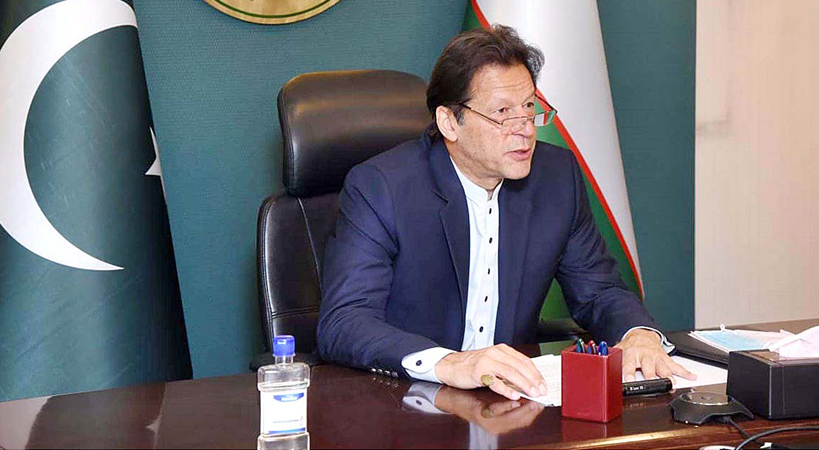 Prime Minister Imran Khan Wednesday said that he is ready to listen to the reservations of the Pakistan Tehreek-e-Insaaf’s like-minded group of 20 to 30 party MNAs and MPAs who have become active since investigations were opened against estranged PTI leader Jahangir Tareen over the sugar crisis.

“I am ready to listen to everyone, but people should understand why all of this happened. The price of sugar increased by Rs 26 in just over a year,” he said while talking to the media after laying the foundation stone of low-cost housing units under Naya Pakistan Housing Programme here. “And as a result of this, around Rs120 billion to Rs130 billion went from the people’s pockets to the sugar mill owners. Obviously, it is the government’s job to safeguard the public interest,” he added.

The prime minister said that the government ordered the FIA to conduct an inquiry which revealed how sugar mill owners have formed a cartel which manipulates prices. “They don’t pay taxes, undeclared sugar, it’s all in the FIA report,” he said.

“If anyone has any reservations, we can look into it. But it can’t be that we don’t ensure the supremacy of law,” he said. “There can be no two different sets of laws for the powerful and the poor as the destruction in a society has always been caused by the powerful elite,” he added. Imran Khan said a society cannot survive without rule of law and when the powerful and corrupt elite were not held accountable for their misdeeds. He linked prosperity and progress of a country and nation to rule of law and its application to all.

Responding to a question regarding release of Mian Shehbaz Sharif on bail, Imran Khan said the corrupt rulers had siphoned off billions of rupees from the national exchequer. There were irrefutable evidences about their corruption. Unless a society decided to hold the corrupt accountable, no change could take place, he said, “Tell me a nation in the world where there is rule of law and it is still reeling back in poverty? Today, the issues of poverty and price hike in the country were the symptoms of their corruption.”

About the affordable housing project, the prime minister said it was being made possible because in the past, no one in Pakistan ever thought of the poor people. The government could provide subsidy on housing with the cooperation of banks, he said, adding in the past, the banks were reluctant to extend loaning facilities due to foreclosure laws.

The government was providing Rs 300,000 subsidy on each housing unit, besides it had brought down the interest rates with the cooperation of banks, enabling the aspirants to pay minimum monthly instalments, he observed.

Earlier, Prime Minister Imran Khan on Wednesday laid the foundation stone of the low-cost housing project under the Naya Pakistan Housing Programme in Sargodha district. The prime minister was given a briefing about the project under which a total of 1,175 houses measuring three marlas each will be constructed at six places in Sargodha district. The Punjab government will provide land and other facilities for the project. The construction work will be carried out by the Frontier Works Organization. The Bank of Punjab will take charge of the mortgage facility which will enable the deserving people to pay the total price of the house in easy installments. For the allotment of houses in this project, the Naya Pakistan Housing Authority will allot houses to the deserving people through ballot.