Taliban call for troops pullout in line with Doha agreement 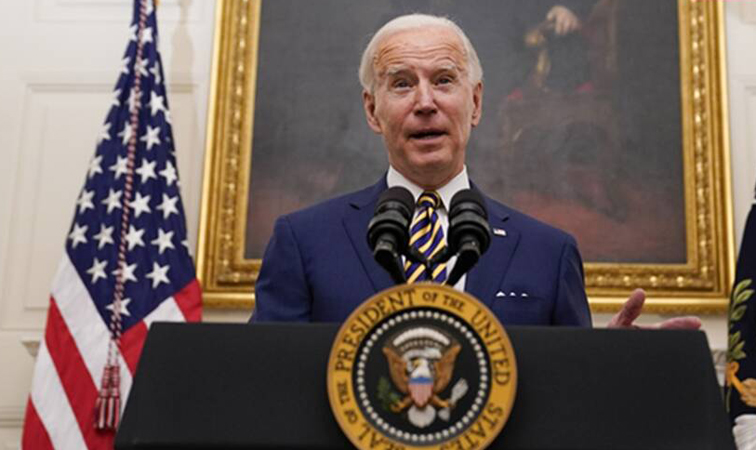 American media reported on Tuesday that US President Joe Biden will complete the military exit from Afghanistan by the 20th anniversary of the Sept. 11, 2001 attacks in New York and Washington.

The Washington Post reported that the decision, which Biden was expected to announce on Wednesday, will keep thousands of US forces in the country beyond the May 1 exit deadline that the Trump administration negotiated last year with the Taliban.

“If the agreement is adhered to, a pathway to addressing the remaining issues will also be found. If the agreement is breached and foreign forces fail to exit our country on the specified date, problems will certainly be compounded and those who failed to comply with the agreement will be held liable,” the Taliban spokesman Zabihullah Mujahid said.

In another development the Taliban political spokesman Mohammad Naeem has announced that the Taliban will not participate in any international conference on Afghanistan until all foreign forces completely withdraw from Afghanistan.

“The Islamic Emirate of Afghanistan performs its works with consultations according to the guidance of the noble religion of Islam and then adopts the stance whatsoever is decided in the result of the consultation,” Naeem tweeted early Wednesday.

The Taliban announcement came just hours after organizers announced that the meeting in Istanbul, Turkey, on Afghan peace process will start from 24 April – 4 May between representatives of the Afghan government and the Taliban.

The announcement was made in a joint statement by Turkey, Qatar and the United Nations, the co-conveners of the high level and inclusive conference. Turkey is hosting the conference in Istanbul. The conference may not take place after the Taliban’s decision. The conference was earlier scheduled to start on April 16 and continue until April 26, but the Taliban had stated they will not be able to attend the meeting as they are still in the process of consultations. Afghan President Ashraf Ghani and the High Council for National Reconciliation under Dr Abdullah Abdullah had prepared their own plans for the future set up that would be presented in the Istanbul conference.

A Taliban leader told Daily Times they were also in the process of their formula that will be approved by the powerful leadership council. The US has proposed the Istanbul meeting in the wake of the lack of progress in intra-Afghan negotiations started on Sept. 12 and both sides have not yet agreed on an agenda. The Taliban have not stopped fighting against the government forces and Afghan officials claim a spike in fighting since the Doha agreement has been signed.