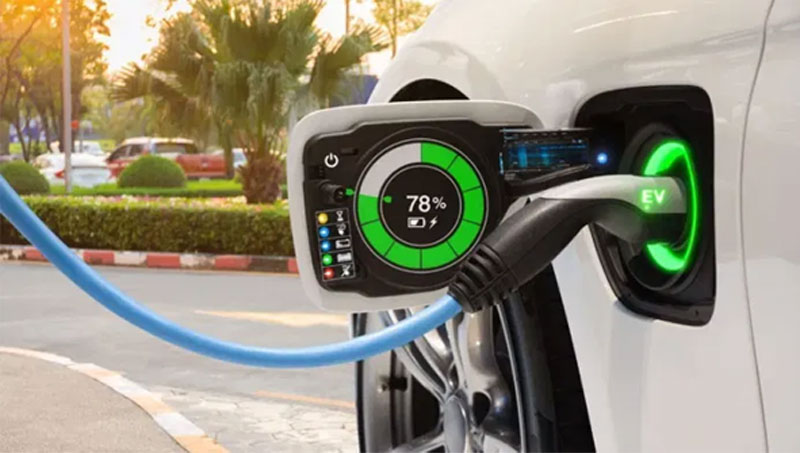 Pakistan’s High End Superfast CV Charging Station inaugurated in Islamabad on Monday that would help in decreasing the reliance on fossil fuels and help in reducing environmental pollution.

He said many countries around the world were taking initiatives to reduce the CO2 emissions by introducing electric vehicles.

He lauded the initiative of the government for approving Pakistan’s first Electric Vehicle Policy and emphasized that the government should take strong measures for its implementation so that the investors could capitalize on its incentives to manufacture electric vehicles in the country.

He said that EV chargers would help in reducing Pakistan’s capacity payments to the IPPs leading to reduction in circular debt as well.

He appreciated the initiative of Tesla Industries for launching a “Made in Pakistan” product and starting the assembly of a complete range of EV chargers in Islamabad. He termed it a major breakthrough in the infrastructure development of electric vehicles and hoped that it would facilitate the growth of this mode of transport in the region. Aamir Hussain, Chief Executive Officer, Tesla Industries Islamabad shared the details of EV chargers’ infrastructure development plan. He said that Tesla would assemble EV chargers of various voltages ranging from 30, 60, 120 and 250KW to meet the needs of customers.

He said that 120KW EV Charger would take 25-30 minutes in charging a vehicle.

He said that Tesla has always been the pioneer in introducing state of the art and innovative products in the energy sector since 1991. He said that Tesla was the largest CNG dispensers’ manufacturer which were installed almost all over Pakistan and this superfast EV chargers will be rolled out with similar concept.

He said that the EV chargers of Tesla would be integrated with mobile APP for advance booking of charging time slots at any station that would be a great facilitation for the customers in planning their trips and routes. He said that Tesla has planned to install the new EV chargers at workplaces and shopping malls in near future.