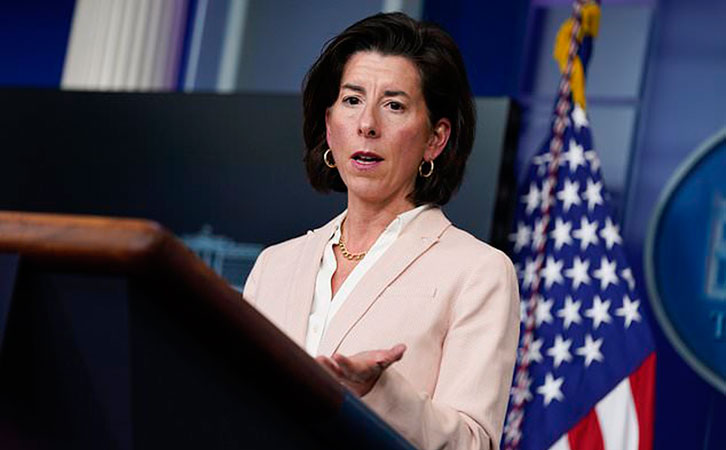 For more than a half-century, the voice emerging from the US Chamber of Commerce´s monolithic, Beaux Arts-styled building near the White House was predictable: It was the embodiment of American business and, more specifically, a shared set of interests with the Republican Party.

The party’s bond with corporate America, however, is fraying.

Fissures have burst open over the GOP´s embrace of conspiracy theories and climate change denialism, as well as its rejection of the 2020 election outcome. The most recent flashpoint was in Georgia, where a new Republican-backed law restricting voting rights drew harsh criticism from Delta Air Lines and Coca Cola, whose headquarters are in the state, and resulted in Major League Baseball pulling the 2021 All-Star Game from Atlanta.

Republicans were furious. Senate Minority Leader Mitch McConnell of Kentucky warned that their actions were “quite stupid,” alienating “a lot of Republican fans.” GOP strategists argued that they no longer needed corporate America´s money to win elections as they try to rebrand as a party of blue-collar workers.

That extends an opportunity to President Joe Biden and congressional Democrats to find an ally in an unlikely place when the party has unified control of the federal government for the first time in a decade. Biden is pushing an ambitious $2.3 trillion infrastructure package that includes corporate tax increases – which the White House is characterizing to CEOs as upfront investments that will ultimately make companies more profitable. “It’s important for making the country more competitive,” said Cedric Richmond, the White House’s director of public engagement. “We think the plan is so important to the country that we are advocating and singing its praises to all businesses.”

Commerce Secretary Gina Raimondo estimates she has talked to more than 50 business leaders about the plan, including a round of Easter weekend phone calls. She is encouraging companies to focus on the entire package instead of the tax increases. “You can´t look at one piece of it and say that one number makes you walk away,” she said. “They say, `That´s fair. Let me think about it.´ That´s how they run their businesses.”

Whether the corporate split with the GOP widens could help answer questions about the political direction of the country and the extent to which business can continue to influence Washington.

“Nobody in the business community wants hostile communities, angry finger-pointing workforces and turbulent shareholder bases,” said Jeffrey A. Sonnenfeld, a senior associate dean at the Yale School of Management. “It makes your job so much harder to have every constituency group at war within themselves, which has become the hallmark of the GOP.” Corporate America’s marriage with Republicans has long been one of convenience, united by a belief in low taxes and the need to repeal regulations. But the relationship, already strained during Donald Trump´s presidency, has come under increasing pressure as companies take cultural stands.

That Republicans and businesses report to increasingly distinct constituencies helps explain the tension. A solid majority of Republican voters are white (86%) and older than 50 (62%), according to APVoteCast, a national survey of the 2020 electorate. Yet figures from the Bureau of Labor Statistics show that workers are more racially diverse and younger than the Republican base.

James Bailey, a management professor at George Washington University, published an analysis last year that suggested people who identified as Democrats cared more about a company´s political activity than Republicans do. Of business people, he said the uproar over the Georgia voting law “is a great opportunity for them to get on board with the young socially active consumer and to do so without much cost.” Just as important, Democratic counties have become the primary engines for growth. The counties that backed Biden last year account for 71% of all US economic activity, according to the Brookings Institution.