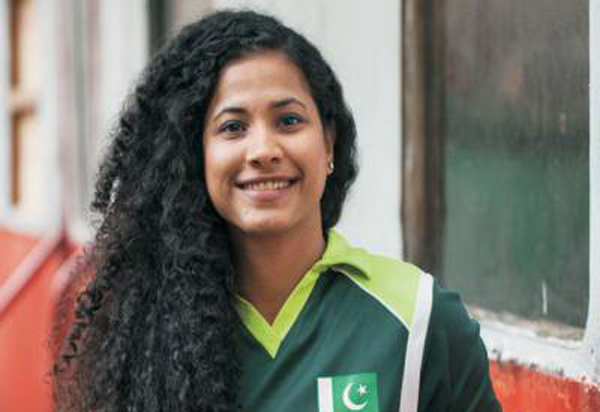 ISLAMABAD: Hajra Khan, the Pakistan women’s national football team captain, is disheartened by the Pakistan Football Federation’s (PFF) recent suspension by FIFA due to third-party interference. In a video posted on social media, the captain was visibly distraught with the recent updates. This is the second such suspension for the nation’s football governing body in the last four years. Khan felt “embarrassed and ashamed” by the news. “Today I speak in utmost sadness. PFF was banned by FIFA for the second time in the last five years,” she said. Speaking on behalf of herself and other footballers in Pakistan she said, “We have worked hard, with blood and sweat, to represent this country. We have taken it to the podium, we have won championships in the past. Where do we go next? Which sport do we switch to?” She also made an appeal to President Arif Alvi and Prime Minister Imran Khan. “There is still hope and we do expect a response from you two,” she said. “We do expect the country to back us when we need them the most right now,” Khan continued. “It is a request, it might not be humble anymore, but it is a request. And it is a need.”

The Pakistan Sport Board chief, Col (r) Asif Zaman, said the government was surprised by FIFA’s decision. “We were not expecting such a hasty decision from the football’s governing body,” he said. “It has surprised rather shocked us as the game of football will be the ultimate sufferer after such decision. We don’t understand this surprise, since FIFA’s deadline actually expired a week before they even made the decision to ban the PFF.” Khan had previously posted another video to her Instagram, anticipating the ban and expressing her disappointment at the situation. FIFA had previously appointed a PFF Normalisation Committee, headed by Haroon Malik, to take charge of the board, and mandated it to conduct elections later this year. A group of football officials, however, led by Ashfaq Hussain Shah — who was elected as the president of PFF in Supreme Court sanctioned but not FIFA recognised elections in 2018 — seized control of the headquarters from the PFF NC last month. FIFA was prompted by this ‘hostile takeover’ to suspend PFF, saying it ‘constitutes serious violations of FIFA’s statutes.’

“FIFA issued a letter warning that, should the illegitimate occupation of the PFF headquarters not be lifted and the office bearers recognised by FIFA not be permitted free access to the building to carry out their mandate, the matter would be immediately submitted to the Bureau of the Council for decision,” FIFA said. “As the situation remains unchanged, the Bureau of the Council has decided to suspend the PFF.” FIFA said the suspension will only be lifted if the committee is given complete control of the PFF.