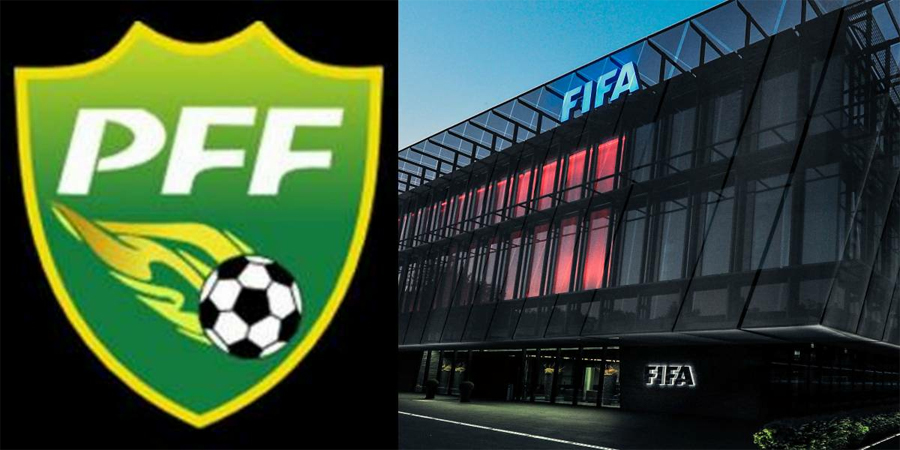 LAHORE: As expected, the Federation Internationale de Football Association (FIFA) on Wednesday suspended Pakistan over illegal occupation of the Pakistan Football Federation (PFF) Headquarters and third-party interference. In a statement, FIFA said that its decision to suspend Pakistan was prompted by the “hostile takeover” which constituted a serious violation of its statutes. “FIFA issued a letter warning that, should the illegitimate occupation of the PFF Headquarters not be lifted and the office bearers recognised by FIFA not be permitted free access to the building to carry out their mandate, the matter would be immediately submitted to the Bureau of the Council for decision,” FIFA added. “As the situation remains unchanged, the Bureau of the Council has decided to suspend the PFF.” The suspension means Pakistan will not receive funds from FIFA and it will be barred from official competitions while development projects in the country will also be put on hold.

It is pertinent to mention that on 27th March 2021 (Saturday), PFF Headquarters was attacked and taken over by an illegal group led by Syed Ashfaq Hussain Shah, a former President of the PFF. FIFA-appointed PFF Normalisation Committee Chairman Haroon Malik was forced to flee the premises as the PFF staff was physically harassed and held hostage for quite some time before the Ashfaq-led group gained control of the PFF Headquarters. FIFA had termed the takeover illegal and issued an ultimatum that the Normalisation Committee should be handed over the PFF control by March 31 otherwise Pakistan could be suspended from its membership. The Ashfaq group had ignored the deadline and had announced to continue working from the PFF headquarters.

Ashfaq was named PFF President after a 2018 election held on the instructions of the Supreme Court of Pakistan. But FIFA and the Asian Football Confederation had refused to recognise him as the elected President, ruling the Supreme Court’s move as “third-party interference” in running of the national football body. During that time, Pakistan was also suspended for a six-month period from October 2017 to March 2018 for a court appointed Administrator taking over the PFF headquarters from then PFF President Faisal Saleh Hayat.

“The latest suspension will only be lifted once FIFA has received confirmation from the Normalisation Committee that the PFF premises, accounts, administration and communication channels are again under its full control,” said the statement. Pakistan men’s forward Kaleemullah Khan and women’s team midfielder Abiha Haider had urged Ashfaq to hand control back to the Normalisation Committee with a ban likely to spell the end of many careers.

Meanwhile, FIFA has also suspended the Chadian Football Association (FTFA), the governing body of football in the north-central African country, due to government interference. According to FIFA, the suspension was prompted by the recent decision of Chadian government authorities to permanently withdraw the powers given to FTFA and to establish a national committee for the temporary management of football. The government also seized control of FTFA’s premises. “The suspension will be lifted once the relevant government decisions have been repealed and the FTFA and its management, led by President Moctar Mahamoud Hamid, have confirmed to FIFA that the FTFA premises are again under its control,” FIFA said in a statement.