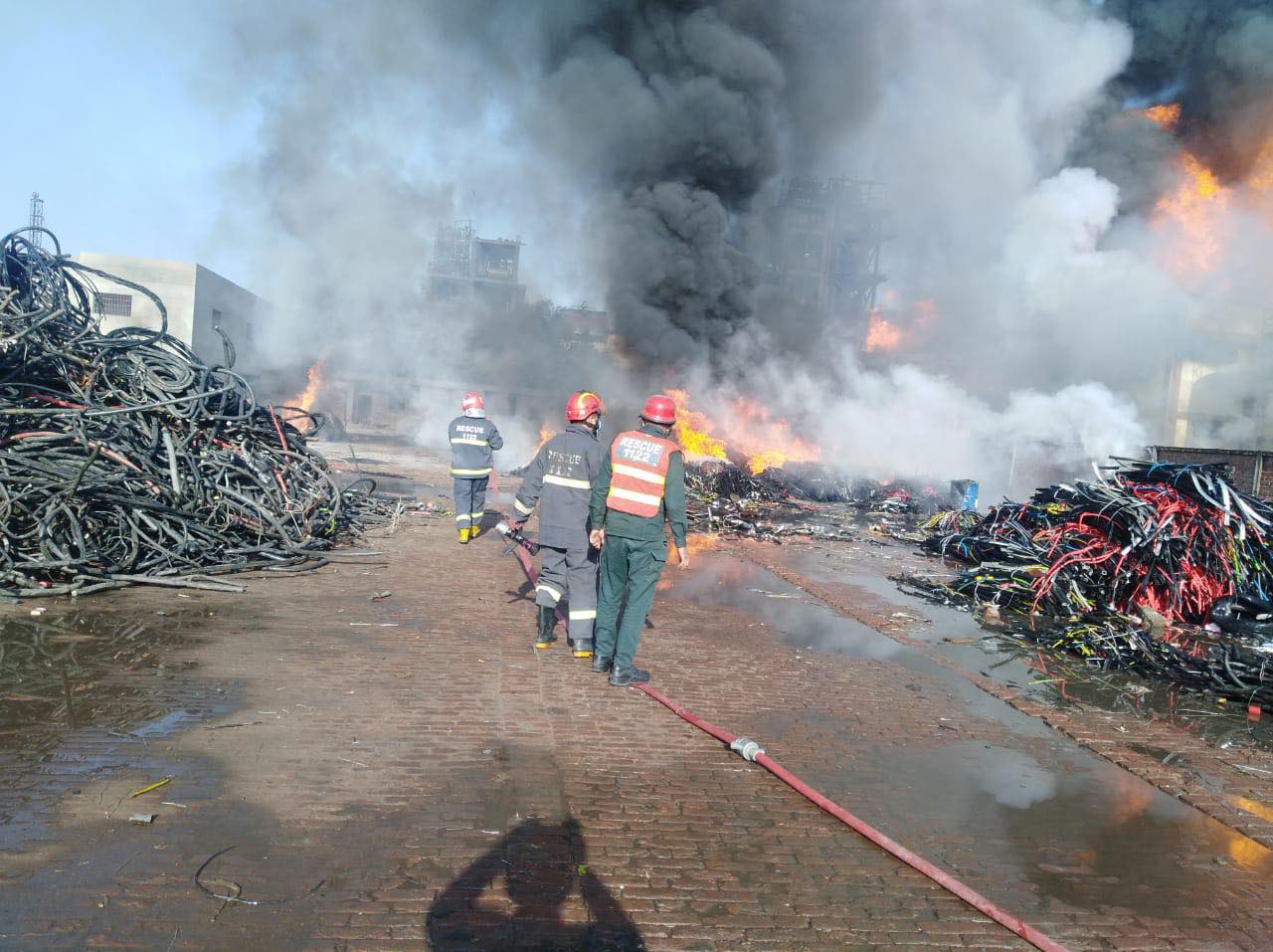 A massive fire broke out on Friday morning (today) at a chemical factory located in the Sundar Industrial Estate, Lahore.

According the rescue team spokesperson the fire and rescue teams reached on time and the operation is underway. The fire started in the chemicals present in the factory.

The officials say that 35 rescue and 12 emergency vehicles are performing fire operations on the spot. Fire and smoke is intense due to the chemicals and winds, the officials added.

The sources say that 10-12 people were presented in the factory when the fire erupted. So far, no deaths or injuries have been reported.