Babar Azam’s skills as captain are getting refined with time, says Misbah 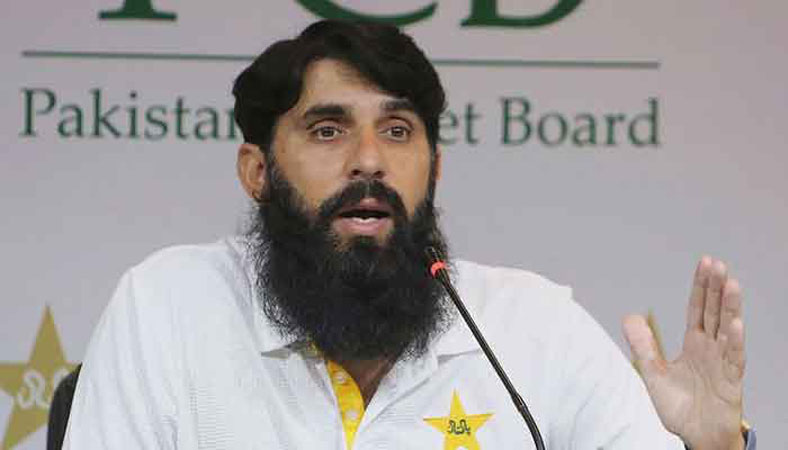 LAHORE: Pakistan head coach Misbahul Haq said Thursday that skipper Babar Azam is polishing his captaincy skills with time and his individual performance is commendable as well. Pakistan defeated South Africa by 28 runs and clinched the series 2-1 at the SuperSport Park in Centurion on Wednesday, after the Proteas failed to reach the 321-run target. South Africa went down but they put up a good fight — as losing four key members to the Indian Premier League (IPL) wasn’t ideal for the Proteas. The head coach, speaking during a virtual press conference, said Pakistan’s ODI series win against South Africa had boosted the team’s confidence and would prove fruitful for the matches to come.

The 46-year-old revealed that everyone in the side was gaining confidence due to their collective effort. However, he said there was a need for the middle and lower-middle order to score runs. “Our spinners need to perform better as the two upcoming World Cups are in India.” The head coach, lauding the team’s fast bowlers, said the pacers were doing well, and the addition of Faheem Ashraf to the squad was rewarding. Misbah said the management would add youngsters to the squad according to the schedule and requirements. Shedding light on the players’ individual performance, he said all-rounder Shadab Khan’s performance was not as good as it used to be. “Fakhar Zaman has a distinct style of batting as far as technique is concerned. Many players do not follow the same rulebook. If Fakhar performs, he can change the outlook of any match. Players such as these need to be supported when they are out of form as well,” he added. Misbah added keeping Sarfaraz Ahmed in the middle-order would be subject to conditions. “Sarfaraz plays according to the needs of the team.” The former captain claimed that everyone wanted to see their side among top three in all formats of the sport. Concluding his presser, Misbah stressed in modern cricket, saying “always playing aggressive is not the key.”