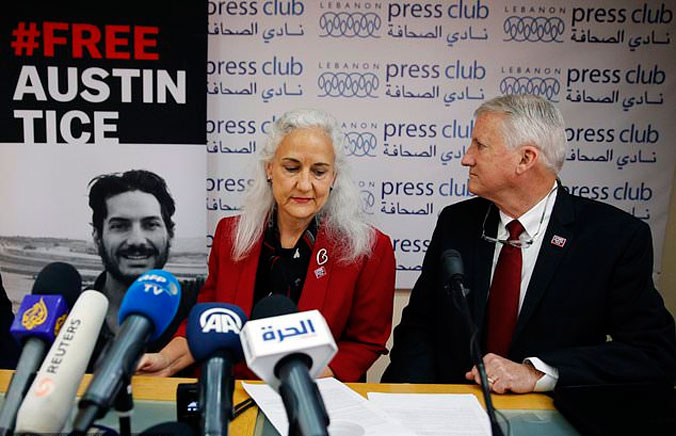 The Syrian government officials they were scheduled to meet in Damascus seemed ready to discuss the fate of US hostages believed held in their country, including Austin Tice, a journalist captured eight years earlier. The release of the Americans would be a boon to President Donald Trump months ahead of the election. And a breakthrough seemed possible.

Yet the trip was ultimately fruitless, with the Syrians raising a series of demands that would have fundamentally reshaped Washington’s policy toward Damascus, including the removal of sanctions, the withdrawal of troops from the country and the restoration of normal diplomatic ties. Equally as problematic for the American negotiators: Syrian officials offered no meaningful information on the fate and whereabouts of Tice and others.

“Success would have been bringing the Americans home and we never got there,” Kash Patel, who attended the meeting as a senior White House aide, said in his first public comments about the effort.

The White House acknowledged the meeting in October, but said little about it. New details have emerged in interviews The Associated Press conducted in recent weeks with people familiar with the talks, some of whom spoke on condition of anonymity because of the sensitivity of the matter.

The AP has also learned about US attempts to build goodwill with Syria well before the talks took place, with Patel describing how an unidentified US ally in the region offered assistance with cancer treatment for the wife of President Bashar Assad.

The details shed light on the sensitive and often secretive efforts to free hostages held by US adversaries, a process that yielded high-profile successes for Trump but also dead ends. It’s unclear how aggressively the new Biden administration will advance the efforts to free Tice and other Americans held around the world, particularly when demands at a negotiating table clash with the White House’s broader foreign policy goals.

The August meeting in Damascus represented the highest-level talks in years between the US and the Assad government. It was extraordinary given the two countries´ adversarial relationship and because the Syrian government has never acknowledged holding Tice or knowing anything about his whereabouts.

Yet the moment offered some promise. Trump had already shown a A video released weeks later showed him blindfolded and held by armed men and saying, “Oh, Jesus.” He has not been heard from since. willingness to withdraw US troops from Syria and elsewhere in the Middle East. And he had made hostage recovery a top foreign policy priority, celebrating releases by inviting freed detainees to the White House.

Months after the Damascus talks, as Tice’s name resurfaced in the news, Trump sent a note to Tice´s parents, who live in Houston, saying he “would never stop” working for their son´s release, his mother, Debra, told the AP. But Tice’s fate was unknown when Trump left office on Jan. 20 and remains so to this day. The former Marine had reported for The Washington Post, McClatchy newspapers, CBS and other outlets.

The Biden administration, too, has pledged to make hostage recovery a priority. But it has also called out the Syrian government for human rights abuses and seems unlikely to be more receptive to the conditions Damascus raised last summer in order to even continue the dialogue.

Tice has occupied a prominent spot in the public and political consciousness since disappearing in August 2012 at a checkpoint in a contested area west of Damascus. He had ventured deep into the country at a time when other reporters had decided it was too dangerous, disappearing soon before he was to leave.