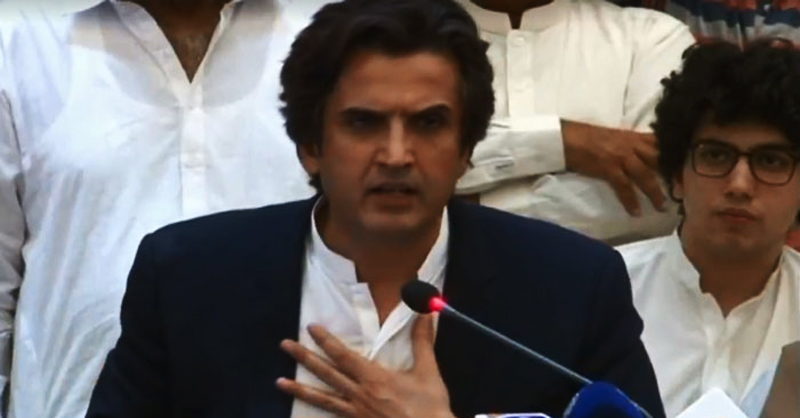 The Federal Investigation Agency (FIA) on Thursday issued a notice to the sugar mill owned by Makhdoom Shehryar, the brother of Federal Minister for Economic Affairs Khusro Bakhtiar, for allegedly selling sugar through the practice of satta.

According to the notice, Makhdoom Shehryar has been summoned at the FIA’s office on April 15, 2021, and he has been ordered to bring the documents related to the selling of sugar through satta. He has also been asked to submit the explanation of the procedure adopted by his sugar mill to sell and book sugar through satta.

As per the notice, the administration and shareholders have been found involved with the satta mafia, adding that the latter is minting illegal money with the help of sugar mill owners.

As the news of FIA notice surfaced, Federal Minister Khusro Bakhtiar said that he previously had shares in the company but does not have those anymore.

Meanwhile, a team of National Accountability Bureau (NAB) on Thursday raided the Punjab Food Department in a matter related to the provision of subsidies of billions of rupees to the sugar mills for import of the commodity. Sources privy to the development said a joint investigation team of NAB Islamabad team, investigating the matter of subsidies to mills for the import of sugar, raided Punjab Food Department and seized the relevant record. The food department failed to provide the relevant record to the anti-graft body for the last three years, despite asking it several times.

The Lahore High Court (LHC) has ordered the Punjab cane commissioner to enforce the ex-mill price of sugar at Rs 80 to meet the demand of 155,000 tonnes of the commodity during the upcoming month of Ramazan. The court in its written order that this interim order regarding the fixed price of sugar will be subject to the final verdict of the court.

Federal government’s Deputy Attorney General Asad Ali Bajwa appeared before the court. The federal government and Punjab government officials maintained that the government has determined the price of sugar on the basis of documents submitted by the sugar mills from 2016 to 2018.

The FIA has recently launched a crackdown against the sugar satta mafia for its involvement in money laundering. Last month, the Commercial Banking Circle of the FIA had arrested seven people allegedly involved with the sugar satta mafia which persistently increased sugar prices by creating an artificial shortage of the commodity. The suspects, who were arrested, allegedly colluded with the sugar mill owners to create the situation.

The FIA has also exposed the sugar mafia’s involvement in monetary fraud, speculative trade, and money laundering after obtaining strong evidence. The sugar mafia earned Rs110 billion in a year by increasing the sugar prices from Rs70 to Rs90 via satta and stashed the illegally-earned money in fake and secret accounts, the FIA said. Almost all the major sugar-producing groups – some of which belong to major political parties – including Sharif Group, Tareen Group, Alliance Group, Almoiz Thal Group and Hamza Group, were found to be involved in satta, the agency added.

The FIA had decided to investigate and scrutinise the accounts of prominent members of the sugar satta mafia, and then arrest them after registration of cases under the Anti-Money Laundering Act. It was also revealed that the sugar mafia conspired to further increase sugar prices through satta in the upcoming month of Ramazan.