SC orders demolition of all illegal marriage halls in Karachi 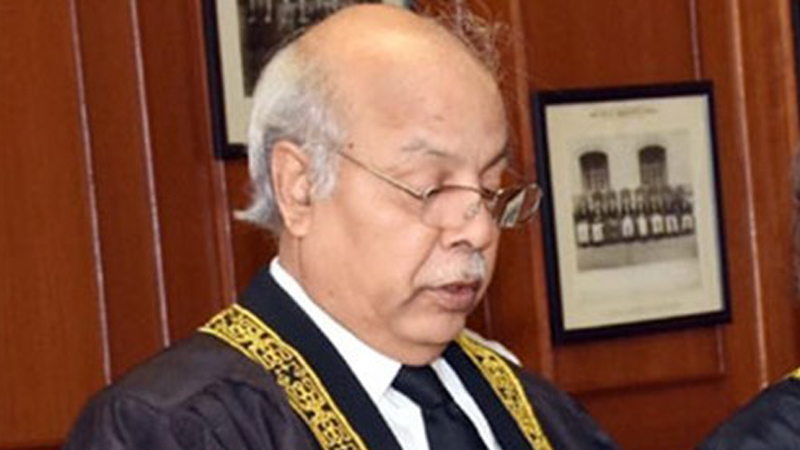 Angered at encroachments in the port city, the Supreme Court (SC) on Thursday ordered immediate demolition of all illegal marriage halls in Karachi.

Advocate Anwar Mansoor Khan, counsel for Korangi Marriage Halls Association, prayed that the marriage halls of Korangi were located on a commercial strip and carry legal status. “The SBCA (Sindh Building Control Authority) should be stopped from demolishing the wedding halls. People do not like to live right on the roadside, that is why the strip has been commercialized,” the counsel prayed.

The CJP remarked that was an assumption and it does not mean that everything should be commercialized. SBCA has no authority to do so, the chief justice added.

Expressing displeasure, the CJP referred to the Karachi commissioner and asked where would the people go and were they provided with an alternative. On this, the commissioner replied that alternates arrangements would be made as soon as the provincial government’s compensation policy was formulated.

Angered at lack of development in the provincial capital, the Supreme Court said it will remove Karachi commissioner. The apex court was hearing a case related to operations against encroachments in various parts of the city when it questioned the commissioner’s performance. “You think we will take the deputy commissioner’s report seriously? What type of a report is this?” Chief Justice Gulzar Ahmed asked the chief secretary. “It’s written everywhere that the report is awaited. Chief Secretary sahab remove such officers.”

The legal counsel for the Kidney Hill Park residents, Barrister Salahuddin, requested the Supreme Court to direct the builder to compensate them for selling them encroachments. “Our houses [on the land] have been built for the past 25 years and the maps for them were approved by the Sindh government,” he said.

To this, the CJP responded, “They’re not children. While buying houses, one is fully aware [regarding details of the land],” he said.

The apex court dismissed the request filed by Kidney Hill Park residents to grant them time before their encroachments are razed to the ground.

The bench expressed dissatisfaction over the report compiled by the Sindh Building Control Authority (SBCA). Addressing the SBCA representative, the bench asked, “Do you know that the SBCA is an agent of the builders? Where are you when such lofty buildings are constructed? If tomorrow someone shows you a permit for the construction of the Chief Minister’s House, will you build that as well?”

Referring to the Karachi commissioner and the SBCA, the bench said these institutions are ‘rubber stamp’, adding that they have no idea how many NAB cases will be filed against them based on the irregularities related to encroachments. “If you are creating so many problems for us, imagine the number of problems you create for the people,” remarked the chief justice.

He said the Sindh chief minister was directed to submit a report in the apex court and in response, “he said all is well”. At this, the chief justice said the apex court is going to remove the Karachi commissioner. “Very sorry to be saying this in front of you but look at the report we have in front of us. What can we do?”

At the outset of the hearing, the CJP asked the Karachi commissioner about the residential project. The building has not been constructed on any nullah as per Sindh Building Control Authority, the commissioner replied.

The advocate general said that one side of the building is illegal and that would be demolished. “We are canceling the lease of the plot and Sindh Building Control Authority (SBCA) should demolish Nasla Tower,” the court ruled.