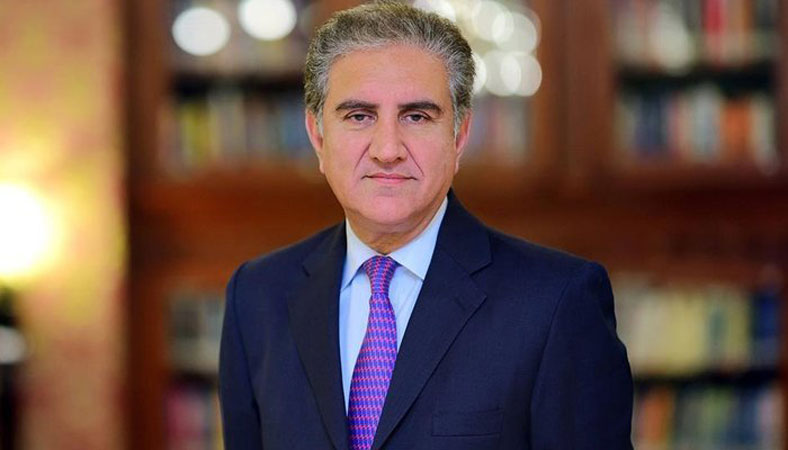 He was talking to Assistant Secretary-General and Director of UNDP’s Regional Bureau for Asia Pacific Kanni Wignaraja virtually on Thursday. UNDP Resident Representative Knut Ostby was also present during this mutual meeting.

Issues of mutual interest, including ongoing UNDP projects in Pakistan, were discussed during the meeting.

The foreign minister, on the occasion, said that Pakistan is promoting economic diplomacy effectively and changed its geo-political priorities to geo-economic goals. He said that achieving sustainable development goals and reduction of poverty ratio are included in the priorities of our government. He expressed the hope that UNDP will expand its scope of projects to backward and rural areas of Pakistan. He also appreciated UNDP’s technical assistance in organizing SDG, Investment Fair 2021 and preparation of SDG Investor Map.

Separately, Foreign Minister Shah Mahmood Qureshi has said the entire nation stands shoulder to shoulder with armed forces in the war on terrorism.

During a visit to the Armed Forces Institute For Rehabilitation Medicine in Rawalpindi on Thursday, he said, “Our valiant security forces have given immense sacrifices in the fight against terrorism.”

On the occasion, the foreign minister was given a detailed briefing about the Armed Forces Institute for Rehabilitation Medicine. He also visited different wards of the institute and interacted with the under treatment personnel of the forces. He commended the medical facilities being provided in the institute.

Foreign Minister Shah Mahmood Qureshi has stressed the need for continuity of high-level contacts between Pakistan and Iraq to further strengthen bilateral relations.

The foreign minister said this while talking to Iraqi Under-Secretary Ministry of Political Planning Dr Saleh Hussein Ali Al-Tamimi who called on him on Thursday.

Qureshi said that Pakistan attaches special importance to bilateral fraternal relations with Iraq and strongly supports Iraq’s sovereignty, political unity and territorial integrity. The foreign minister said both countries can use each other’s experiences to tackle global pandemic challenges effectively. He said, “We are looking forward to holding the ninth Pakistan-Iraq Joint Ministerial Commission meeting this year.” The Iraqi under-secretary expressed special thanks to the government of Pakistan and the foreign minister for sending three ships of safety equipment to protect Iraqi people from the coronavirus pandemic.

Meanwhile, Pakistan and Iraq signed a memorandum of understanding on training of Iraqi diplomats on Thursday.

According to the MoU, the Foreign Services Academy will provide diplomatic training to Iraqi ambassadors and diplomats.

Speaking on the occasion, Shah Mahmood Qureshi said this MoU on training of diplomats will be helpful in promoting institutional links between the two countries. He said that he is glad that Pakistan’s Foreign Services Academy has so far trained 63 Iraqi diplomats in practical diplomacy.