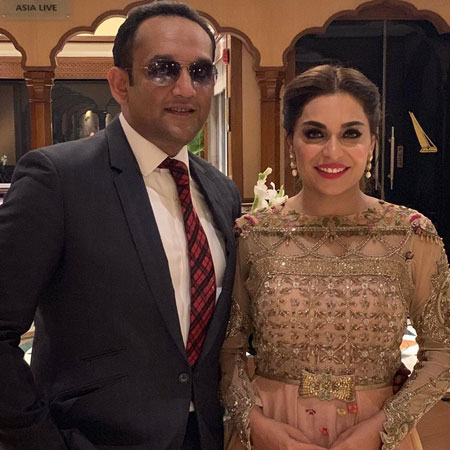 Actress Meera (Irtiza Rubab) has been out of a United States mental hospital after beau Captain Naveed pays an amount of $50,000 for her bail, it was learnt on Thursday.

Meera has been ordered by the doctors to leave America within 48 hours and has been further advised to continue her ‘mental treatment’ when she reaches Pakistan.

Meera’s father-in-law declared that Meera will be sent to Pakistan on an urgent basis and she can only return when she is feeling absolutely ‘mentally’ healthy; however, it is not possible for Meera to stay in America any longer at the moment.

Meera is known for portraying her skills at ‘improper English’ but this time it landed her in deep trouble.

In the land of America where English is the primary route to get across each and everything, Meera made an attempt at trying to impress the doctors through her ‘broken English’ which might have been implying something totally other than what she was trying to say.

When Meera went for a check-up to a medical facility in America, her ‘immaculately inappropriate’ English made the doctors term her a ‘mental patient’.

Meera however declined to give any opinion regarding the topic at hand.

Another interesting factor: Two days before this incident Meera got herself vaccinated against COVID-19.

Meera’s mother also confirmed that Meera was in fact admitted to an American mental hospital.

Through a video message, she conveyed: “I talked to Meera on 5th April. She sounded disturbed and said that she has been admitted in the hospital forcefully, against her wishes”.

Meera’s mother had appealed to the Prime Minister and sought his help for the safe return of her daughter.