* ‘This is gonna be controversial,’ Julia said in the video, which received over 13 million views 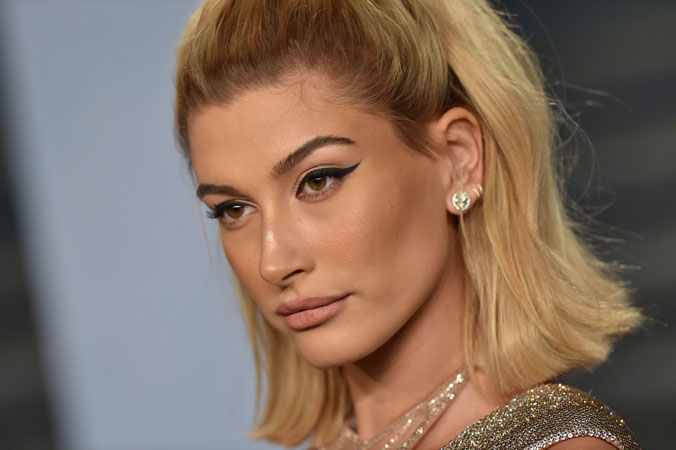 Hailey Bieber took some time to reflect after a video calling out her alleged poor behaviour went viral on TikTok last summer.

Speaking to Dr Jessica Clemons on her own YouTube channel, the model explained she was upset when former restaurant hostess Julia Carolan accused Hailey of being rude while she was a patron at her workplace.

“This is gonna be controversial,” Julia said in the video, which received over 13 million views. “I’ve met her a handful of times and every time she was not nice. I really wanna like her but I have to give her like a 3.5 out of 10. Sorry!”

At the time, Hailey apologised in the comments section of the video, writing, “Just came across this video and wanted to say so sorry if I’ve ever given you bad vibes or a bad attitude. That’s not ever my intention!” She also added that she hopes one day they can meet again so she can “apologize in person.” Julia, for her part, accepted the apology and called Justin Bieber’s wife “an accountability queen.”

Now, Hailey has opened up to Dr Clemons about how the situation made her feel.

At the time, Hailey apologised in the comments section of the video, writing, ‘Just came across this video and wanted to say so sorry if I’ve ever given you bad vibes or a bad attitude. That’s not ever my intention!’

“When I saw her video I was so upset,” she said. “There’s never an excuse for being rude. I felt bad that that was her experience with me, but it made me kind of frustrated because you never know what someone’s going through. I remember going through times in my life where I was so sad, and so heartbroken that like engaging with people felt hard for me.”

She continued, “I wish I didn’t act that way towards her. I’m a human and I made a mistake and I acted a way that was out of character for me. I acted a way that I don’t want to be. I’m trying to do better every single day. I want to continue to grow as a person. I’m open to people correcting me.”

Hailey also shared what it was like for Justin, who she married in 2018 after an on-again, off-again romance, to grow up under a constant microscope.

“I had it on a much smaller level, but even my husband had to just go through everything in front of everybody and make lots of mistakes in front of the entire world,” she explained. “There was nothing that he could do that would get by the media. It always made me feel really sad for him, because so much of what was going on was what anybody his age would be doing, except it was on this much bigger scale.”

She noted the “pressure” for the “Sorry” singer to be “this perfect example to people.”

“I always say to him, I’m so impressed with how normal you are because I don’t even know what that feels like to go through mentally, emotionally, physically and I know that it did have an effect, a big effect on him,” she said. “And I’m just grateful that he’s able to be the mature, stable adult that he is now.”

Fortunately, Hailey and Justin both have each other to navigate the complicated nature of being in the spotlight.

OBB Pictures partnered with Hailey for the launch of her YouTube channel.