LAHORE: The Punjab government on Thursday said that Jahangir Khan Tareen was an important pillar of the ruling party and had worked hard to bring the PTI to power. 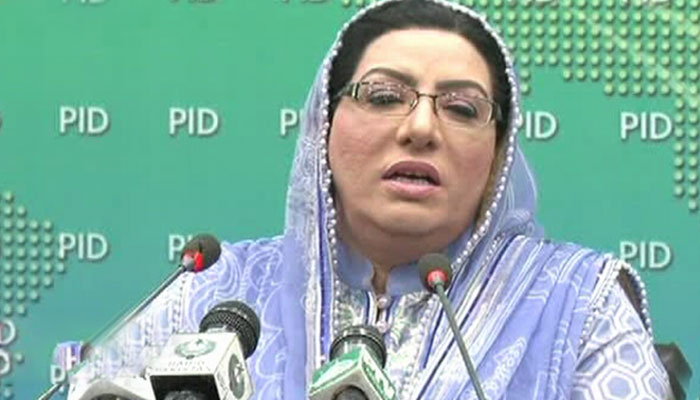 Special Assistant to Chief Minister on Information Dr Firdous Ashiq Awan said Prime Minister Imran Khan had come to power on the manifesto of the supremacy of law and a corruption-free Pakistan and all those PTI leaders and ministers who were accused of corruption had returned to their positions after getting themselves cleared from the charges.

Chief Assistant to the Chief Minister of Information, Dr Firdous Ashiq Awan, said on Thursday that Prime Minister Imran Khan is a man of principles and that he will never compromise his firm conviction of the whole accountability process.

According to the vision of Prime Minister Imran Khan, the government has adopted a policy of accountability for everything that will hold every official inside or outside the party responsible for his actions, she said while speaking to a private news channel.

Firdous Ashiq Awan on Jahangir Tareen said Jahangir Tareen may have reservations, but the prime minister wants the rule of law and everywhere in the whole accountability.

She said Jahangir Tareen himself believes in legal rules, adding that Jahangir Tareen’s role in PTI still exists because he is a key pillar of the party.

Tareen is facing charges of corruption in the sugar scandal and multiple cases have been filed against him. The PTI leader, after appearing in court on Wednesday, had said that his loyalty to Prime Minister Imran Khan was being tested, but that he is not parting ways with the PTI.