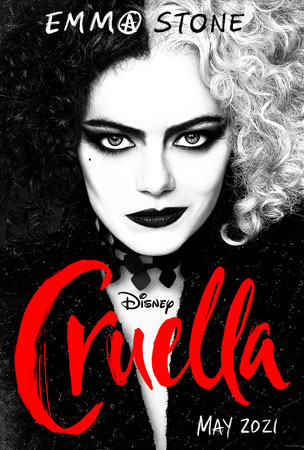 The new trailer of Emma Stone starrer Cruella is out and it looks like a mean mix of The Devil Wears Prada and reality show Project Runway.

The latest trailer expands on Cruella’s journey from being a struggling dress designer to a supervillain as she challenges Emma Thompson’s Baroness von Hellman.

This trailer gives an ominous feel to the film, especially with the way the makers have used Doris Day’s “Perhaps Perhaps Perhaps” in the clip.

Cruella is set in 1970s London when Emma Stone’s Estella is trying to create a name for herself in the world of fashion. When Emma Thompson’s Baroness von Hellman spots her flaming attire, it creates friction between the two.

Talking about Cruella’s comparisons to Joker, Stone told Total Film, “It’s very different from Joker in many ways I would never even remotely compare myself to Joaquin Phoenix. I wish I was more like him.”

Previously, the character of Cruella has been played by Glenn Close in the 1996 film 101 Dalmatians. The film was a massive hit and even got a sequel titled 102 Dalmatians. The Dalmatians can be seen in this trailer as well but the story here seems to be quite different from what we have seen before.

Cruella has been directed by Craig Gillespie, of I Tonya fame, and is scheduled to release on May 28.