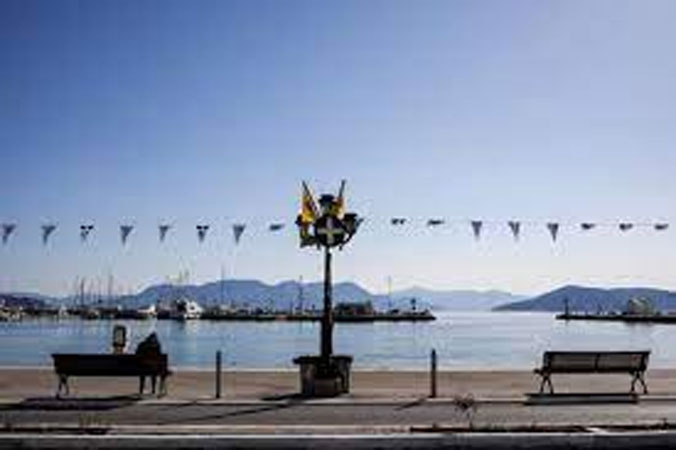 From her garden on a sunny Greek island, Rowena Harding works with governments and charities across the globe.

“The great thing is I can do my job from anywhere,” the Australian-British communications consultant says. “I’m able to talk to clients in Myanmar, clients in Rwanda. This morning I’ve been working on northeast Nigeria, all from here, a Greek island.”

The push to attract a community of footloose remote workers is among the green and digital reforms Greece hopes will help revive its economy and restore its international image after more than a decade of crisis.

It also hopes to boost tourism after the industry’s worst year in decades plunged it back into recession in 2020.

Yet for a country near the bottom of the European Union’s digital economy rankings, the road to becoming a hub for digital nomads – like Bali or Mallorca – is long and strewn with technological and bureaucratic hurdles.

Whether it can succeed just a few years after emerging from the biggest bailout in history will provide a test of Greece’s ability to reshape its economy for a post-pandemic world.

Sitting on a beach near her home, Harding lists the reasons she moved from Thailand to Aegina, one of the Saronic islands a short ferry ride from Athens: low coronavirus infection rates, weather, good food and a nice attitude to enjoying life.

Beyond sun, sea and lifestyle, Greece is planning visas and offering a 50% income tax cut for seven years for professionals who move there. It also wants to lure back some of the 800,000 young Greeks who emigrated during the long downturn that followed the 2009 global financial crisis.

“If you can work from anywhere, why not work from Greece?” Tourism Minister Harry Theoharis told Reuters, citing research estimating a 1.6 billion euro revenue gain for every 100,000 workers who stay for six months.

But despite Greece’s “great potential”, many are staying for weeks, not months, because of problems ranging from slow WiFi to inflexible visa rules, said David Williams, CEO of global housing marketplace NomadX.

While Greece has attracted investment by tech champions Tesla and Amazon, it fares well below European averages on connectivity, internet use and digital public services, standing second to last in the European Commission’s 2020 Digital Economy and Society Index.

Greece’s fixed broadband internet is slower than Tajikistan’s, where just a quarter of the population is online, according to the Speedtest Global Index, which ranked Greece 98th in February.