ISLAMABAD: Special Assistant to the Prime Minister on Religious Harmony, Maulana Tahir Ashrafi said all mosques and Imambargahs will remain opened during Ramadan and people should strictly follow SOPs, on Wednesday. 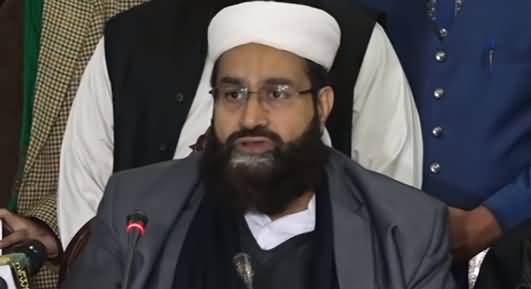 According to the details, while briefing media today appealed the masses to visit mosques after doing ablution at their homes. Adding that, ‘all mosques and Imambargahs will remain opened during the whole month.’ He said that, with strict compliance of coronavirus rule, this year’s Ramadan will again see the faithful offer their Taraweeh prayers at mosques.

On Tuesday, President Dr. Arif Alvi urged Ulema and Mashaikh to play their role for ensuring implementation of standard operating procedures against COVID-19 in mosques and Imambargahs during the holy month of Ramadan.

He said the Imams and Khateebs have close interaction with the general public and they should create awareness about these guidelines including wearing face mask, washing hands and maintaining social distance

The President appreciated the role of Ulema and Mashaikh in observance of the SOPs during the last Ramadan and emphasized on implementing the guidelines in mosques and Imambargahs.

Speaking at the occasion, Minister for Religious Affairs Dr. Noor-ul Haq Qadri stated the Ministry has been in touch with all stakeholders to cope with the situation. He stated the SOPs issued via way of means of the authorities will be applied in all mosques and Imambargahs with the aid of Aimma-e-Masajid

The Minister said the SOPs adopted by Pakistan last year were appreciated by the world and some countries, including Turkey, also followed those guidelines.