Younis Javed has a different tale to tell

* About Sadat Hassan Manto, the author says that though he had not met Manto in person but his stature invited him being addressed as Sahib 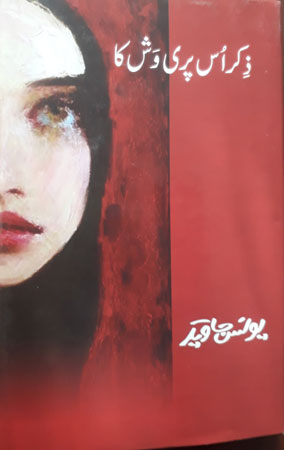 One of the qualities of writing a personality sketch or a short story is that it should be a window opening for understanding the era it is encompassing.

This piece of literature should spell out that era and the characters, observed Anis Nagi, a hard critic on the short stories book ‘Main Aik Zinda Aurat Hun’ by Younis Javed in 2004. These comments from a staunch critic who very rarely has something nice to say about other writers has been referred to by late Dr. Anwar Sadeed, a renowned name in literature in the article on Younis Javed’s book on sketches titled ‘Zikr Uss Parivash Ka’. Younus has taken the title of his book from Mirza Ghalib’s first line of the renowned couplet ‘Zikr Uss Parivash Ka Aur Phir Bayan Apna’. Rightly so, as the writer Younis Javed had taken years to produce literature of standard befitting the stature of big names in literature to whom he would dedicate his book. Finally, he dedicated his short stories book to Ashfaq Ahmad and Bano Qudsia. He wanted Azhar Javed, literary monthly Takhleeq fame, to accompany him to Dastan Sarae, Ashaq Ahmad’s residence. Both kept on planning for this visit and as the luck would have it, the day they went, the shocking news of Ashfaq Ahmad’s demise reached them. He left the book on Ashfaq’s grave and could not collect energy to meet Bano Qudsia for condolences. He mentioned this episode in his article ‘Shajar Saaya Daar’ his first submission on personality sketches.

About Sadat Hussan Manto the author says that though he had not met Manto in person but his stature invited him being addressed as Sahib. So Younis called him Manto Saheb in his article admitting that Manto left huge literature in his 42 years’ life. The other two personalities Younis called Saheb were Faiz and Dilip Kumar. In his sketch titled ‘Woh Hijr Ki Raat Ka Sitara’ taken from Nasir Kazmi’s famous Ghazal, the author observes that Intizar Hussain was content with him being type-cast by his critics as a traditional person instead of a traditionalist or a nostalgic person. He used to be humble enough to be understood among the left-overs of 1857 civilization.

This reviewer has visited late Professor Syed Waqar Azeem in his house in Samanabad, Lahore as he lived opposite my music teacher Mian Sheheryar’s house. The story of Chief Minister late Haneef Ramay’s request to Professor Saheb to take over as ‘Nazim’ of Majlis Taraqi-e-Adab at the demise of Professor Hameed Ahmad Khan is very interesting. Basically arriving in his office at nine in the morning Dr. Hameed Ahmad Khan’s first call used to be to Professor Waqar Azeem with whom he would discuss matters of common interest. Younis Javed’s visits to Pak Tea House, meeting all the great intellectuals there forms the contents of a sketch titled ‘Kabhi Yehan Toofan Tha’ mainly concentrating on Israr Zaidi whose favourite seat was below the portrait of Quaid-e-Azam.

Yousuf Kamran was a very handsome and amiable personality. He was married to another big name in poetry writing Kishwer Naheed. The couple used to live in a house in Kristen Nagar and then in Allama Iqbal Town. I visited Yousuf in 1980s to get my pronunciation corrected of Ghalib’s poetry that I was to record for EMI’s cassette composed by Mian Sheheryar. He did my job admirably well. Younis Javed calls him as ‘Jhoomar’ (Passa) of Lahore’s forehead. He would win hearts of the people he came across with his wit, poetry and classic choice of words. He would come to Pak Tea House on his Vespa scooter and order tea, cake and French toasts for his friends initially for three then adding another two friends like Javed Shaheen and Iqbal Sajid. Those were the days of carefree life. This sketch by Younis Javed is relatively long with many anecdotes like resistance of womenfolk in Yousuf’s family after he presented Kishwer as his wife to them. Then the way the news of his death was received in Lahore when he was on visit to Saudi Arabia. Younis says that in his lifetime he has seen four big funerals; Faiz, Imtiaz Ali Taj, Yousuf Kamran and Dildar Parvez Bhatti.

I visited late Professor Syed Waqar Azeem in his house in Samanabad, Lahore as he lived opposite my music teacher Mian Sheheryar’s house. The story of late chief minister Haneef Ramay’s request to Professor Sahib to take over as Nazim of Majlis Taraqi-e-Adab at the demise of Professor Hameed Ahmad Khan is very interesting

The sketch ‘Anna Aur Ijz Ka Musaafar’ pertains to poet Munir Niazi. He was a handsome man usually clad in white Kurta and Shalwar and in the later part of his life he used to live in a house on the Nullah in Township Area with his second wife. He didn’t have any children. There was no entrance on ground floor, either one had to climb stairs to reach the ground level or go down and enter his bedroom through a window. He always looked for a dialogue with his visitors/fans. Whenever this reviewer visited him he asked to take him out for shopping and he would complain that there was dearth of dialogue in the city. Younis Javed’s sketch pertains to the early part of Munir Niazi’s career. He recalled the days when daily ‘Azad’ was started by the leftists such as I. A. Rehman, Hameed Akhtar, Abdullah Malik and Abbas Athar. Munir Niazi was offered to write a column for this daily which became a torture for him. Those were the days when one found many great persons like Iftikhar Jalib. Amanat Ali Khan, Yousuf Kamran, Saadat Saeed, Abdul Rasheed, Rehan Azhar and Munir Niazi in Fahim Jozi’s room at Radio Pakistan, Lahore. The food would be catered by Nasreen Anjum Bhatti and Shaista Habib. Recordings of short stories, poetry, obituaries were a natural outcome and cheques were given to artists promptly (unlike nowadays). It must have been one of those days that Munir Niazi handed over a hand-scribbled poetry to this reviewer for singing. Mian Sheheryar composed the tune of the Ghazal ‘Bechain Buhut Phirna Ghabraye Huey Rehna/Ik Aag Si Jazbon Ki Sulgaye Hue Rehna’ and we recorded this Ghazal the following day produced by Nasreen Anjum Bhatti. Later Munir Niazi gave the same poetry to Ghulam Ali and it became very popular. A similar instance is reported by Younis Javed in this sketch wherein Munir Niazi gave another piece of poetry to two different magazines and received emoluments from both however meagre these were.

The sketch of the author about his own struggle in life from childhood to adulthood titled ‘Beete Hue Din Yaad Aate Hain’ is full of bitterness and happy moments alike. As a baby he remembers his father heartbroken who returned from Dilli on the morning of the day Pakistan came into being. His father had seen the killings on either side by the miscreants. Then the harsh treatments given by the teachers of madrasaas to the innocent kids baffled him. The fathers would act on the saying ‘Gosht Tuhada Tei Hadian Saadian’ (flesh is yours and bones, ours) when they handed over their kids to their school masters. The latter were very cruel in their penalization; canning, pressing the fingers with pencil in between etc. The author appreciates Nazim Hameed Ahmad Khan of Majlis Taraqi-e-Urdu by allowing him three hours to go for his lectures in the university and work late hours to cover his absence from Majlis’s office where Younis was employed. This is how Younis completed his Masters. Then Younis completed his doctoral work and now Ahmad Nader Qasmi had taken over Majlis. Younis took sweets and his notification to office where Mansoora created a scene, Younis wondered why!

About Anis Nagi he observed that Nagi wrote stories, poetry and novel and invited many wars with his critics. He got frustrated many a times but did not open up in his (adhoori sarguzisht) incomplete autobiography. Basically he was unhappy due to finding double faced writers and actors surrounding him. In the prevalent publishing culture, what frustrated him the most was that the job of a writer was also to look for a publisher and critic for himself? This was enough to lose one’s self-respect. About some writers leaving Pakistan after partition like Ustad Bare Ghulam Ali Khan, Sahir Ludheyanvi and Quratul Ain Haider, Younis mentioned that Qurat’s only fault was that she wrote a novel while in Pakistan that was subjected to undue criticism that she had not accepted the new country from her heart. Resultantly she migrated back to India and we lost a historian, novelist and an intellectual.

About Habib Jalib the author recalls the roar in the audience when he read his poem ‘Hum Awara’ in a mushaira in Lyallpur Cotton Mills. Jalib was basically unhappy that a leftist government was imparting the same treatment over him that probably was expected from opposition. His verbal quarrel with Ahmad Mushtaq has been narrated by Younis Javed.

Ustad Akhtar Ali Khan of Patiala Gharana had prepared his sons Amanat Ali Khan to look after the Bilampat and Ustad Fateh Ali Khan for Durrat portions respectively while rendering a Raag in Kheyal format. The duo was doing well when Ustad Amanat Ali Khan expired 43 years before Ustad Fateh Ali Khan who died on January 4, 2017. Their togetherness on the screen was short lived. When he died, actor Ajmal came across Younis Javed and asked as to why did Amanat die? The answer was very interesting. First an artist asks for clay-pot and then he asks for an elephant, which are provided. Then he asks the elephant to be fitted in the pot. When that is not done he is annoyed and leaves for some other destination.

In the review it is not possible to cover all the interesting stories about various intellectuals who were masters in their respective traits, as experienced and narrated by Younis Javed but a few have been covered. Reading this book has been a very interesting experience as this reviewer knows almost all of them and has some different stories to tell.