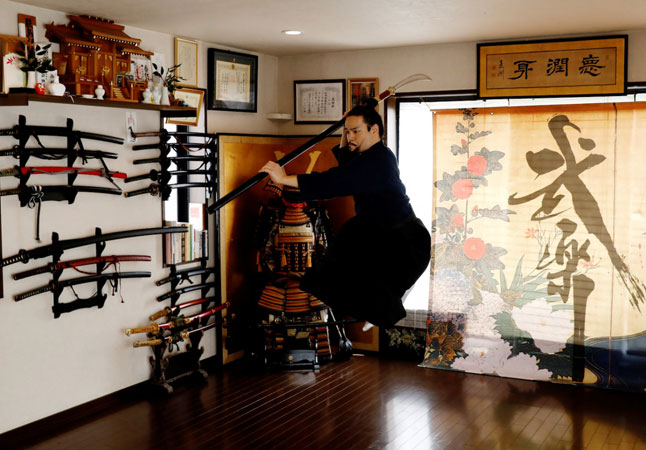 There was a time when Koshiro Minamoto had hoped to welcome foreign tourists during the Olympics by introducing them to the arts of the samurai from a classroom in central Tokyo. But when the Tokyo 2020 Organising Committee decided last year that the Games would be postponed and then last month that they would be held without overseas spectators, he was forced to scrap his plans. Minamoto, who has studied martial arts for 35 years, is known for his invention of Bugaku, or “warrior dance”, a unique type of performance art that combines the styles of samurai swordplay with the song and dance of classical Japanese drama. He has been teaching Bugaku to foreign tourists for the past 10 years, also introducing students to aspects of samurai lifestyle, such as the armour they used to wear. Minamoto had hoped his business would thrive during the Tokyo Olympics. He spent around $45,000 on equipment and renovations of his school in 2019, preparing for the flood of foreigners.