* PM says every year, $1 trillion leaves developing countries for tax havens and $7 trillion are laundered out of poor countries 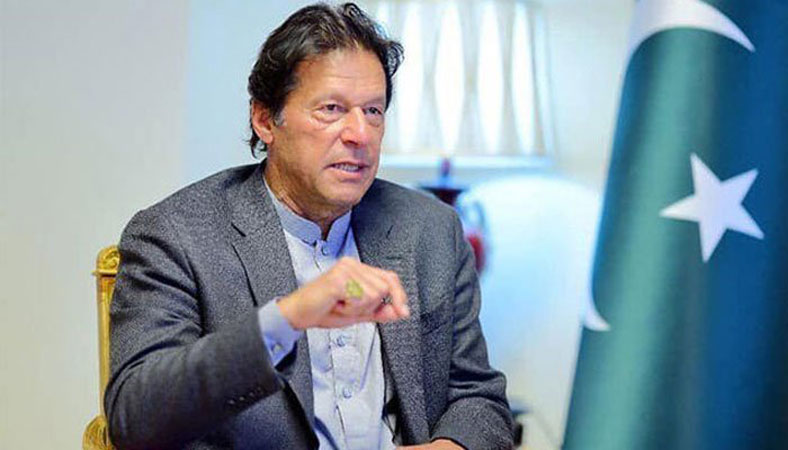 “We are going to speak to IMF because we see disruptions ahead. Just when our economy was recovering and all the indicators were positive, unfortunately we will have to review the whole situation and our new Ehsaas Programme. Because the services industry has been badly hit everywhere in the world but in Pakistan our industry has been really badly hit,” the prime minister said while addressing the launching ceremony of United Nations Development Program’s Pakistan National Human Development Report on Inequality.

The report, presented by the lead author Dr Hafiz Pasha, explores many dimensions of inequality in Pakistan. These dimensions have been captured both at the national and provincial levels, exploring inequality between and within Pakistan’s provinces. In addition, inequality has been measured from the perspective of people focusing on children, labour, youth, and women. The report takes a comprehensive approach, exploring not just economic measures such as income and wealth, but also studying inequalities in human development – the true measure of a country’s success.

The prime minister said Pakistan was having a very scary third wave than the first one. He said in the United States with a population of 330 million, around $4 trillion were given out to Covid-hit people contrary to Pakistan which distributed just $8 billion among a population of 220 million. “So I think, this is time for second package and we will obviously talk to IMF,” the prime minister said.

Referring to IMF Managing Director Kristalina Georgieva statement, the prime minister observed that the IMF head realized the seriousness of the situation as conditions could not be imposed on the people already suffering owing to the pandemic. He said the civilized societies are defined by the ways how they treated their poor as well as their planning to address inequality. He said the elite capture had not been a problem of only Pakistan but all developing countries even the richer countries too.

Imran Khan said the Covid-19 has made poor people poorer as more people have gone below the poverty line. However, he said the elite capture is mainly a problem of the developing countries.

Calling the Financial Accountability, Transparency and Integrity Panel report as ‘shocking’, the prime minister said every year, one trillion dollar leave developing countries for tax havens and seven trillion dollars are laundered out of poor countries. He said this single fact was the reason behind inequality in the world.

He said the money laundering from developing countries does not only cause poverty but also leads to devaluation of local currency owing to huge dollar outflow besides causing inflation in the country.

About the elite capture in Pakistan, the prime minister said his government is the first one to go after cartels including sugar cartels which had jacked up the commodity’s prices affecting mainly the poor class. He said the cartels usually had their political connections and his government would strengthen the Competition Commission of Pakistan to address the cartelization.

Imran Khan said he is proud of the recognition by the UNDP report, the reduction in poverty ratio and human development growth in Khyber Pakhtunkhwa province despite the fact the province had been badly hit by terror and consequent displacement of population. He said he is also proud of transparent disbursement of cash assistance distributed among the people during the Covid pandemic regardless of any political affiliation of the beneficiaries.