Maryam urges LHC to dismiss NAB plea against her bail 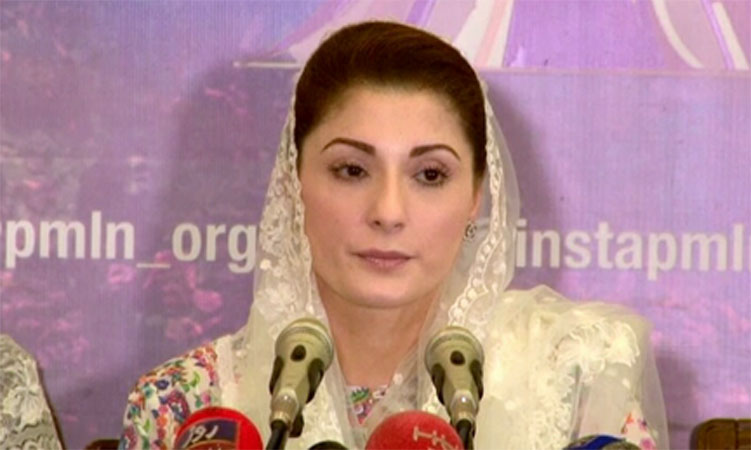 Earlier, a division bench of the Lahore High Court (LHC) led by Justice Sardar Sarfraz Dogar has sought reply from Maryam Nawaz in response to plea of chairman National Accountability Bureau (NAB) who contended that PML-N vice president was misusing her bail facility by attacking state institutions through media, making false accusations and engaging in anti-state propaganda, while refusing to appear before the bureau despite summons.

A day before the next hearing of the matter, Maryam Nawaz submitted a six-page reply in the matter alleging the Bureau has kept a complete silence for 14 months in the case before summoning her again.

According to contentions in her reply, she submitted that cases filed by the anti-graft watchdog and arrests were purposed to suppress the voice saying the Bureau was playing the role of a political engineer and its petition was giving an impression about NAB chairman for acting as a government’s spokesperson.

Maryam Nawaz further said that she was granted post arrest bail concession purely on merit after hearing stance of the NAB. She claimed that the Bureau job description was to eliminate the menace of corruption from society instead of taking action over political statements.

The Sharif family has been accused of using Chaudhry Sugar Mills for money-laundering and illegal transfer of its shares.

As per the story of top anti-graft body, the family took a $15 million loan under the pretext to establish the mill despite the fact that it had already been set up before the loan was acquired. Besides the Bureau has substantiated its case that more than seven million rupees worth of shares were transferred to PML-N vice president Maryam Nawaz during 2008 through mill’s shares, which were later transferred to her cousin Yousaf Abbas Sharif in 2010.

In her reply in the matter, Maraym Nawaz submitted that she is a law-abiding citizen and a known democrat amid true believer of the rule of law, accountability across the board and independence of institutions including the NAB. She said its matter of record that notwithstanding reasonable belief as to use of Bureau as an agency for political engineering and victimisation. She said that she has extended full cooperation, furnished information, submitted written replies and appeared before the Bureau as and when required.

She informed the court that in response to a call up notice, she appeared before the NAB office on August 11, 2020 but her name was not included into the inquiry despite her presence at the gate of the NAB office. Maryam Nawaz alleged, “Rather, state machinery and heavy contingent of police force were used brutally and ruthlessly to intimidate and harass the answering respondent and law-abiding members of her political party who had gathered just to show solidarity and concern for registration of series of politically motivated cases by the Bureau at the instance of the government”.