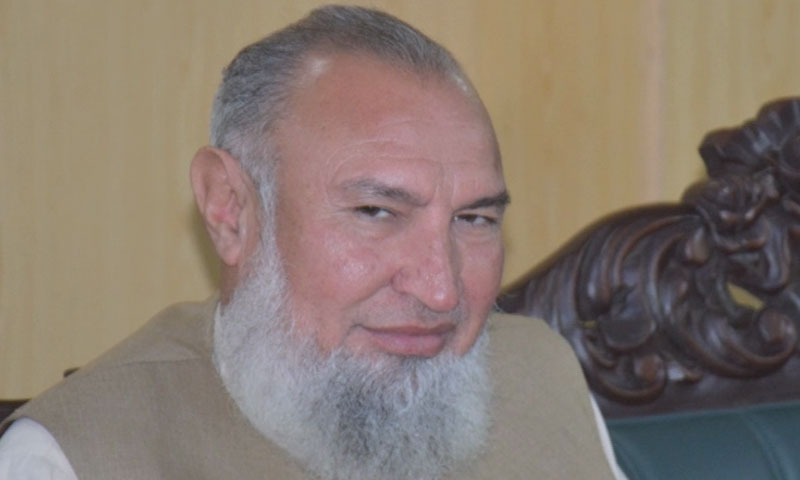 While lodging criminal case over brutal murder of Anti-Terrorism Court Judge Aftab Afridi and his four family members, including minor child and two women, with Swabi police, son of the deceased judge has nominated incumbent president of the Supreme Court Bar Association Abdul Latif Afridi and his son, among others, in the first information report (FIR).

Judge Aftab Afridi, his wife, reportedly pregnant daughter-in-law and young grandson were shot dead by unknown individuals on Sunday. The incident took place between 6pm and 7pm on the motorway in Swabi district.

Condemning the incident, president SCBA Abdul Latif Afridi denied his involvement in the matter saying attacking women and children is utterly against the Pashtun culture and traditions. However, he assured his full cooperation in the matter to all relevant agencies saying he or his son has nothing to do with the incident.

Issuing a presser, the SCBA said, “The Supreme Court Bar Association of Pakistan hereby extends its deepest condolences and sympathies to the family members of innocent victims as well as demands to oust/remove the names of President SCBAP and his son falsely implicated in F.I.R”.

Swabi District Police Officer Muhammad Shoaib has been reported saying there were ten people named in the FIR, including six known and four unknown, and that police had arrested five people so far. Besides, he informed that two suspicious vehicles have also been seized which were mentioned in the FIR. Police officials say further investigations are underway and that identification of the culprits and vehicles will begin when the family members leave the funeral home.

On the other hand, Saeed Afridi, the brother of slain Judge Aftab Afridi, said in a media statement that he would not take the bodies away until all the accused were arrested.

According to the FIR, Judge Aftab Afridi was on his way to Islamabad with his family after attending a wedding in Peshawar on Sunday, while complainant of the FIR Abdul Majeed and his cousins followed him in another vehicle. In Swabi district, two vehicles came to a halt near the accommodation and food on the motorway and stopped Aftab Afridi’s vehicle. Complainant Abdul Majid has been reported that his car was some distance away when some people came out of two cars and sprayed bullets on the car of his father, Judge Aftab Afridi. Majid claimed that he is able to identify the accused persons as he had stopped his vehicle at a distance and witnessed the incident. Legal fraternity members of the view that the police would look into the matter from two angles to comprehend whether it was a personal feud or it was repercussion of any judgment of the deceased judge which he announced after adjudication cases during performance of professional duties.

Prime Minister Imran Khan has condemned the assassination of the Judge whereas Khyber Pakhtunkhwa Chief Minister Mahmood Khan has ordered police officials to apprehend the culprits at the earliest. Mahmood Khan said that the family of the deceased judge would be given full justice.