Highest suspension bridge in Canada set to open in May 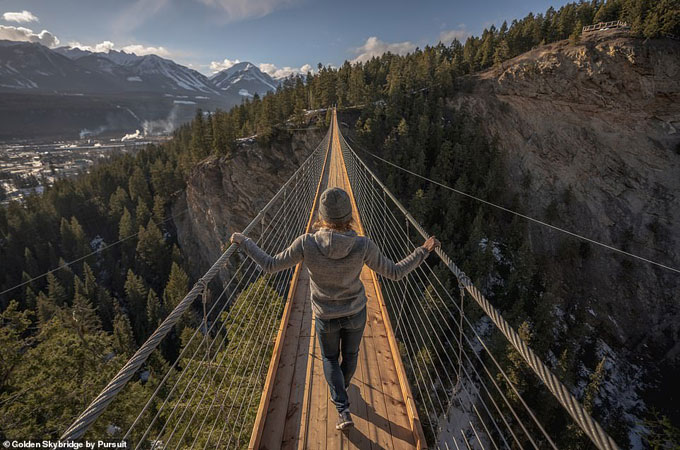 Strolls in Canada are about to go to another level. In May, the highest suspension bridge in the country will open, allowing walkers to cross a canyon in British Columbia at a height of 426ft.

Crossing the walkway, the ‘Golden Skybridge’, will either be thrilling or nail-biting depending on the individual visitor’s head for heights.

The Golden Skybridge, near the town of Golden, will actually consist of not one but two expansive suspension bridges, with the lower one hanging at an elevation of 262ft – still high enough to make it the second-highest suspension bridge in Canada.

The experience will offer up dramatic 360-degree views of expansive alpine vistas and a breathtaking view of a 200ft waterfall.

The two bridges will be connected via a woodland footpath totalling three kilometres in length and viewing platforms will provide guests with further opportunities to take in the picturesque landscapes.

Crossing the walkway, the ‘Golden Skybridge,’ will either be thrilling or nail-biting, depending on the individual visitor’s head for heights

An outdoor courtyard and café at the experience base, meanwhile, ‘will provide the perfect pre-and-post rest stops along the mountain journey’, says the company behind the bridge, adventure travel firm Pursuit, which will operate it in partnership with a group of local developers led by Paul Deutsch and Rav Soomal. David Barry, the President of Pursuit, said: ‘At Pursuit, we are focused on connecting guests to iconic places through unforgettable and inspiring experiences. 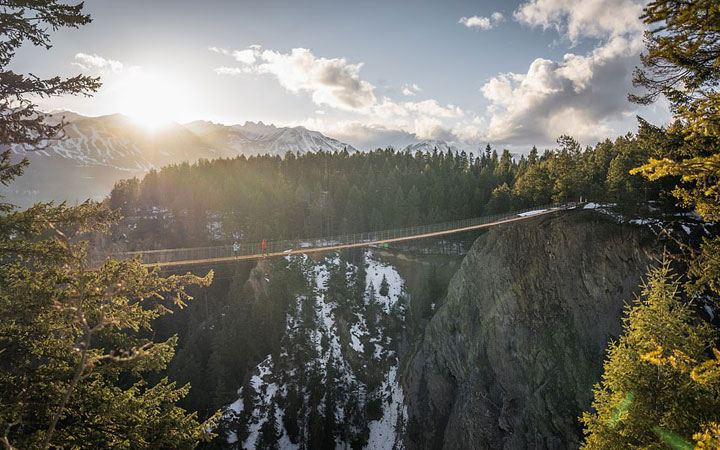 ‘The Columbia Valley is one of those remarkable places that is uniquely positioned to provide a stunning yet accessible mountain experience. Whether you’re staying in Golden or making it a stop along your journey between Alberta and British Columbia, the Golden Skybridge will soon become an iconic experience for Canadian and international visitors alike.’

Historically known as an outdoor adventurer’s paradise, the mountain community is billed as a perfect basecamp to explore pristine mountain landscapes. The town is also a popular stop for visitors travelling between Calgary, Banff, the Okanagan and Vancouver.