Shaukat Ali to live in our hearts forever

* He was perhaps the most renowned for the national songs he rendered during the 1965 and 1971 wars with India, such as 'Jaag Utha Hai Sara Watan, Saathio Mujahido' 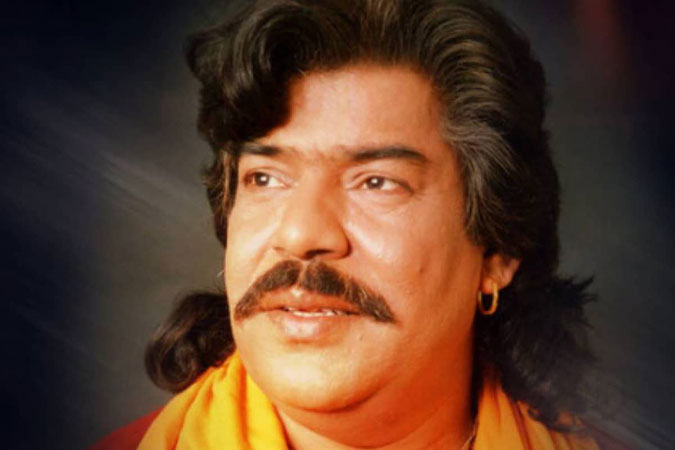 British novelist and literary critic EM Forster said, “Alas, without me for thousands of years, the rose will blossom and spring will bloom, but those who have secretly understood my heart, they will approach the grave where I lie.” The all-times maestro, iconic radio-television folk singer Shaukat Ali breathed his last after a prolonged liver illness in Lahore on Friday, at the age of 78.

With a span of five decades of singing, Shaukat was one of the biggest stars to come out of Pakistani music industry having a ‘Pride of Performance’ award under his belt.

He was perhaps the most renowned for the national songs he rendered during the 1965 and 1971 wars with India, such as “Jaag Utha Hai Sara Watan, Saathio Mujahido,” “Mera Puttar Pakistan Da” and “Apna Parcham Ek Apna Quaid-e-Azam Aik Hai” amongst many others.

Shaukat Ali was born into a family of artistes in Malakwal, a town in former Gujrat district and is survived by three sons Imran, Ameer and Mohsin. He, while receiving help from his elder brother, Inayat Ali Khan, started his singing career in the 1960s, during his college study.

Famous poet and lyricist of local folk songs Afzal Ajiz told APP that as a playback singer, he was introduced to the film industry by the noted film music director M Ashraf in the Punjabi film ‘Tees Maar Khan’ in 1963. Including some super hit war-time patriotic songs Shaukat Ali sang countless items during his almost five-decade-long career, he told.

Having a wide vocal range, Shaukat was known for singing devotional poetry with great vigour, for example Saiful Malook and Heer Waris Shah, Ajiz said. As folk singer, he earned a good fame equally in both Pakistani and Indian Punjab.

Shaukat was one of the most prolific singers in Punjabi and Urdu and was equally good at singing patriotic, folk, ghazal and other devotional songs, he observed.

Acknowledging his talent services, he was awarded the highest civil award, presidential Pride of Performance in 1990. Moreover, in 1976, he was given the title of ‘Voice of Punjab,’ and likewise in 2013, he was honoured with the ‘Pride of Punjab’ award by the Pakistan Institute of Language, Art and Culture (PILAC), he added.

Meanwhile in his singing career, Shaukat released many albums and performed his voice talent in many film songs, as well as performing at the Asian Games held in New Delhi in 1982.

He hasn’t been in good health for the last few years but despite he performed at various musical events occasionally, his son Ameer Shaukat Ali told APP.

“I would request the entire nation to pray for the late Shaukat Ali who was national asset,” he told while revealing that his father was receiving treatment at the Combined Military Hospital (CMH) Lahore on the special directives of Chief of Army Staff General Qamar Javed Bajwa.

It is worth mentioning here that Prime Minister Imran Khan on Friday has expressed his deep grief and sorrow over the demise of the veteran folk singer.

In his condolence message on Friday the premier prayed for elevation of the departed soul to high ranks and for fortitude to the grieved family. His services in the field of singing would always be remembered in the country, the Prime Minister said.

Every Pakistani was deeply shocked and saddened on the demise of legend Shaukat Ali, an artist who awakened the spirit of patriotism through his voice among the countrymen, Shibli Faraz expressed in his message on Friday.

He said Shaukat sang songs with the spirit of patriotism, while played a historic role in the wars of defence of Pakistan with exciting national anthems.

Chief Minister Punjab Sardar Usman Buzdar also offered his grief and condolences on the demise of Shaukat Ali, saying the folk singer would always be remembered for his contributions to the music industry.

With his death, the golden era of music has come to an end, the chief minister expressed.