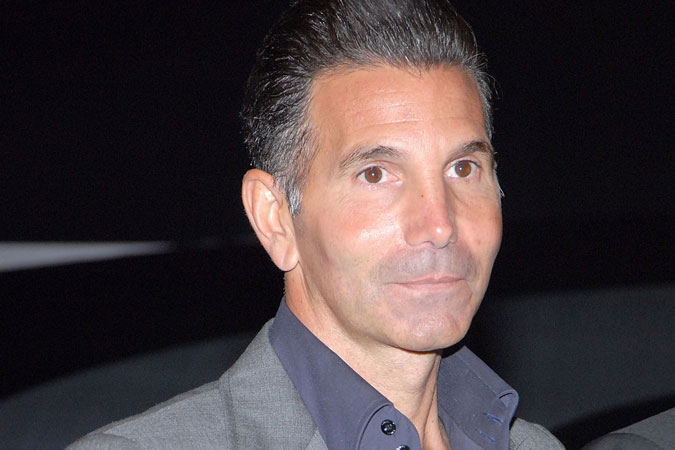 Looks like Lori Loughlin has got her full house back. The Fuller House alum’s husband Mossimo Giannulli and father of their daughters Olivia Jade and sister Isabella Rose has been released from a federal prison facility near Santa Barbara, Calif., where he has spent most of his five-month sentence for his role in the college admissions scandal, jail records show.

The Associated Press reported that he is under home confinement.

Prison records show that Giannuli is still a Federal Bureau of Prisons inmate and under the jurisdiction of Long Beach RRM, which provides oversight for halfway houses in the Long Beach, Calif. area. His official release date is April 17.

In January, a court denied Mossimo’s request to be released from prison early and spend the remainder of his sentence at home after he spent 56 days in solitary confinement. The judge noted that he has since been moved to general population and that his “current circumstances” pose no immediate risk to his health, especially as he does not suffer from “any condition which would place him at an increased risk of severe illness due to COVID-19 nor, indeed, that he suffers from any particular medical condition.”

Prison records show that Giannuli is still a Federal Bureau of Prisons inmate and under the jurisdiction of Long Beach RRM, which provides oversight for halfway houses in the Long Beach, California Area

Giannulli and Loughlin were among a group of about 50 people who were charged in an alleged racketeering scam to help rich Americans get their children admitted to elite universities. The actress and her husband, a fashion designer and founder of the Mossimo clothing brand, were accused of paying $500,000 in bribes to have their daughters admitted to the University of Southern California as recruits to the rowing team, even though they are not rowers.

Mossimo began his prison sentence three weeks after Loughlin started hers. She was released home just after Christmas after serving a little less than two months.

“Lori has moved into her new house and taken some time to get situated and settled,” a source close to the actress told E! News in March. “She’s focused on the new house and moving forward. With Mossimo in prison, it is still a very stressful time. She has her girls around and they come over frequently. But it’s still difficult without Mossimo there and they all feel a big void.”

The source added, “Lori doesn’t feel like she will be able to fully relax until he’s out. To pass the time, she’s doing a lot of yoga and taking walks. She has also been spending time completing her community service.”

E! News recently confirmed that the actress completed her court-mandated 100 hours of community service by helping out with Project Angel Food, a non-profit organisation in Los Angeles County, and that she also continues to provide food to those in need despite finishing her sentence.