* Maryam says no plan to go abroad for treatment 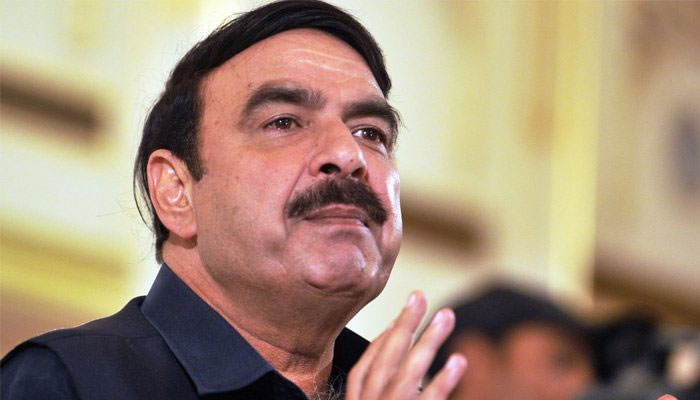 Talking to the media persons on Sunday, the interior minister said that he discussed Maryam’s ECL issue with the Prime Minister but he refused to strike down her name from the list.

He said that the opposition is at sixes and seven and the situation will benefit the Prime Minister. The federal minister said that he has been witnessing for the first time in his life that opposition parties are issuing show-cause notices to each other. He reiterated that opposition is not a threat to the government of Pakistan Tehreek-e-Insaf (PTI). “Pakistan Democratic Movement (PDM) is finished,” he added.

The interior minister reiterated the government’s resolve to not normalise its relations with India until it reverses its illegal actions of 5th August 2019. He said that Prime Minister Imran Khan’s and Foreign Minister Shah Mahmood Qureshi’s stance and efforts for the cause of Kashmir are commendable.

The minister said the only issue is inflation and Prime Minister Imran Khan is striving hard to resolve it. He said that in this regard, the Prime Minister has assured that he will himself monitor the prices of basic commodities and take all possible actions against mafia that caused artificial price hike.

He said that basic reforms are being introduced in the Federal Investigation Agency (FIA) to improve its efficiency. He also lauded Prime Minister Imran Khan’s interaction with the general masses via telephone.

On the other hand, rejecting the perception that she wants to go abroad for treatment, Pakistan Muslim League-Nawaz (PML-N) Vice President Maryam Nawaz on Sunday categorically said that she is not going anywhere.

Taking to social networking website, Twitter, Maryam Nawaz rejected as fake news the reports in local media claiming she wants to leave the country for treatment. She blamed the government for staging a drama to send her abroad.

She wrote, “Who asked them to remove my name from the no-fly list?” The PML-N leader said that she could not even think of seeking any kind of permission from the incumbent government.