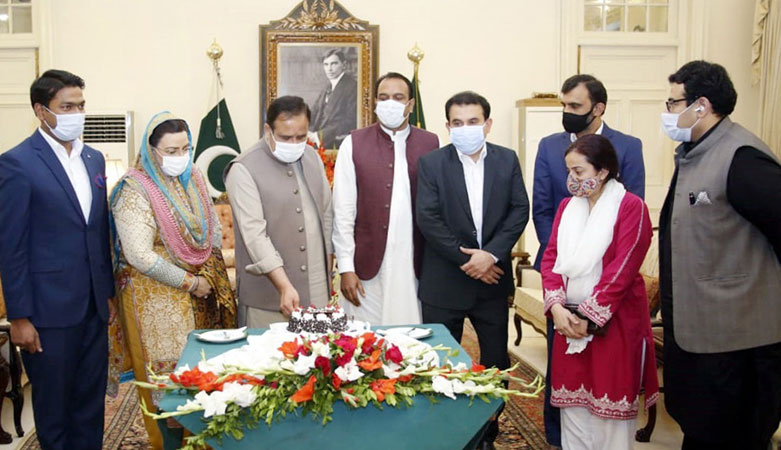 The Chief Minister and others prayed for the solidarity of the country and the nation.

Addressing the participants of the event the, CM Buzdar said that Easter promotes the message of love and brotherhood, and that he is glad to participate in this function. We equally share the joys of the Christian community and will stand beside them in their time of trial, said Usman Buzdar.

Meanwhile, highlighting his government’s performance, the CM asserted that the government will come up to the expectations of the people and will fulfil its promises. The incumbent government has put the country on the road to progress and soon people will get good news. He further maintained that the government is trying to bring the fruits of development at the doorstep of the common man.

Public has given a mandate to the PTI government to redress their deprivations. Under the policy of composite development, separate development packages are being given to every district. He further stated that development is the right of every backward city, town and village. A comprehensive strategy is being evolved for readdressing the 70 years’ deprivations.

The CM said that PTI is a torchbearer of the rights of the deprived segment of society in the true sense. No one will be allowed to create a hurdle in the progress and development of the country. He said that transparency and merit are being promoted in administrative affairs. Setting up of universities in every district will fulfil the mission of promotion of education. The development of the entire province, including Southern Punjab, is our mission, he added.

The CM also took notice of death of two patients due to the alleged negligence in ICU of DG Khan Teaching Hospital and sought a report from Commissioner DG Khan. He extended heartfelt sympathies with the bereaved family members of the deceased and said that legal action will be taken against those responsible. He said that negligence in treatment and looking after patients in hospitals will not be tolerated at any cost.