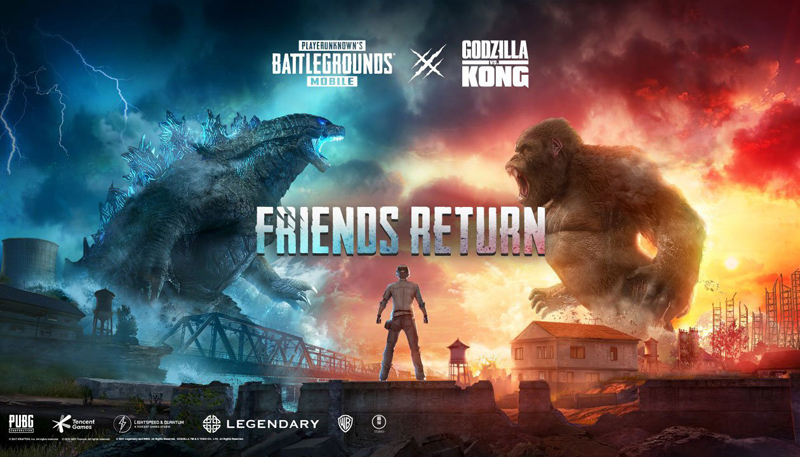 PUBG Mobile is partnering with Legendary Entertainment for an exclusive in-game event in celebration of Legendary Pictures and Warner Bros Pictures’ epic action adventure movie ‘Godzilla vs Kong’ that features themed content throughout the game.

The movie, featuring two of the biggest Titans of the cinema, is in theatres internationally and in US and on HBO Max for 31 days from theatrical release. With the collaboration event set to debut soon, PUBG Mobile players and monster movie buffs can check out the official crossover teaser trailer here.

Earlier this month, ‘Godzilla vs Kong’ director Adam Wingard took to social media to wish PUBG Mobile a happy third anniversary, revealing the upcoming collaboration between the game and movie. In the video, Wingard teased a special game mode where players will be able to interact with both Godzilla and Kong. Similarly, players will have the chance to unlock and collect unique content themed to the film’s ferocious goliaths.

In addition to the upcoming PUBG Mobile x ‘Godzilla vs Kong,’ players can drop into an all-new “Clowns’ Tricks” mode. Through May 10, clowns will cause mischief throughout the in-game Anniversary Celebration Square. Players can collect Clown Tokens and exchange them for various combat supplies and strategic items at the newly-added Clown Shop Vehicle in Erangel. Players can also now decorate squares on the Music Graffiti wall to trigger interactive melodies.

In addition to the upcoming PUBG Mobile x ‘Godzilla vs Kong,’ players can drop into an all-new Clowns’ Tricks mode. Through May 10, clowns will cause mischief throughout the in-game Anniversary Celebration Square

Stay tuned for more information about the Godzilla vs. Kong collaboration, as well as details about the upcoming launch of the new 64-player desert themed Karakin map. PUBG MOBILE fans can also recap the star-studded three-year anniversary event on the game’s official YouTube channel. 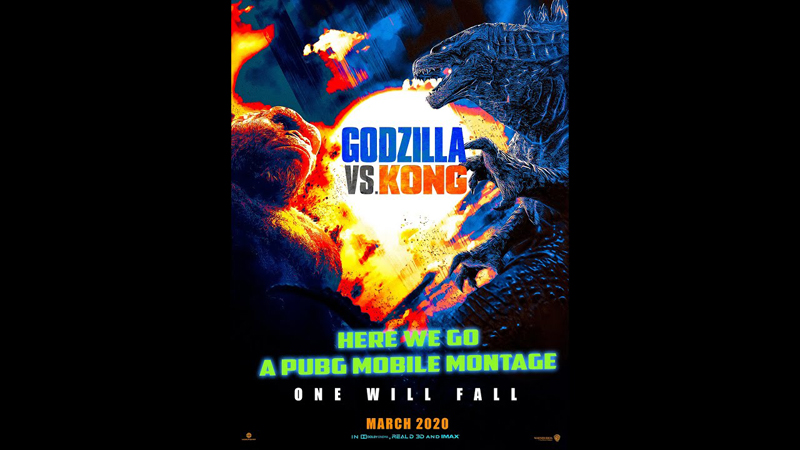 PUBG MOBILE is available to download for free on the App Store and Google Play Store.

On March 31, 2021 from Warner Bros. Pictures and Legendary Pictures comes the long-awaited face-off showdown between two icons in the epic adventure Godzilla vs. Kong, starring Alexander Skarsgård, Millie Bobby Brown, Rebecca Hall, Brian Tyree Henry, Shun Oguri, Eiza González, Julian Dennison, with Kyle Chandler and Demián Bichir, under the direction of Adam Wingard, from a screenplay by Eric Pearson and Max Borenstein, story by Terry Rossio and Michael Dougherty & Zach Shields, based on the character “Godzilla” owned and created by TOHO CO., LTD.. Legends collide as these mythic adversaries meet in a spectacular battle for the ages, with the fate of the world hanging in the balance. Kong and his protectors undertake a perilous journey to find his true home, and with them is Jia, a young, orphaned girl with whom he has formed a unique and powerful bond. But they unexpectedly find themselves in the path of an enraged Godzilla, cutting a swath of destruction across the globe. The epic clash between the two titans-instigated by unseen forces-is only the beginning of the mystery that lies deep within the core of the Earth. Warner Bros. Pictures and Legendary Pictures Present a Legendary Pictures Production, A Film by Adam Wingard, Godzilla vs. Kong.

PUBG Mobile is based on PlayerUnknown’s BattleGrounds, the phenomenon that took the world of interactive entertainment by storm in 2017. Up to 100 players parachute onto a remote island to battle in a winner-takes-all showdown. Players must locate and scavenge their own weapons, vehicles and supplies, and defeat every player in a visually and tactically rich battleground that forces players into a shrinking play zone.