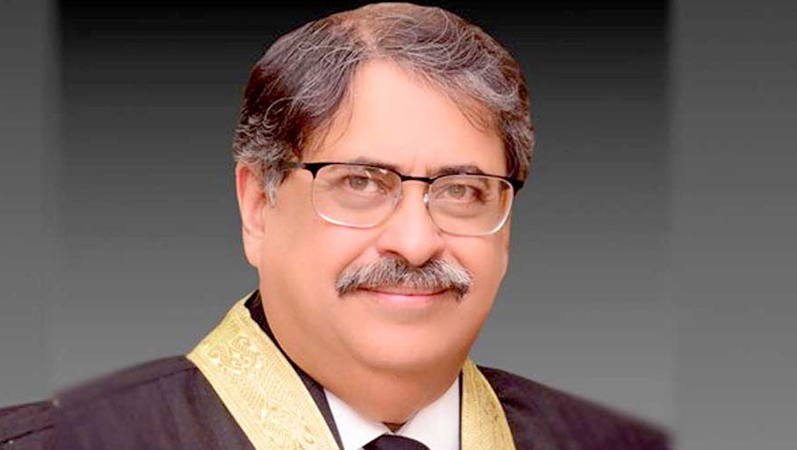 The Islamabad High Court (IHC) on Friday gave a one-month deadline to the government committee for preparing a report on social media rules.

Attorney General Khalid Javed Khan told the court that the Prime Minister has constituted a committee to review the social media rules.

Justice Minallah remarked that the court welcomed the steps taken by the federal government and hopes for a report prepared by the committee in light of the objections and recommendations. He questioned the attorney general whether or not he was assisting the government committee.

Khalid Javed replied that a lawyer has already been included in the committee, whereas the AG Office is also ready to assist them if needed. He said that a month was given to the committee to finalise its report.

The petitioner’s counsel argued that the court had earlier given a month to the federal government; however, no progress was made except the constitution of a committee on the last day of the deadline. He also raised objections over the committee members and pleaded with the court to order the inclusion of stakeholders in the government committee.

Justice Athar Minallah remarked that the federal government has formed its own committee and those having objections to it could move to the court.

The counsel said that the court directives were about to include stakeholders in the consultations.

The judge remarked that stakeholders could provide the committee with their written recommendations and the committee would formulate rules in accordance with the suggestions.

The counsel said that opposition should also be included in the committee.

AG Khalid Javed Khan said he has also thought about it but it will increase the timeframe of preparing a report up to three months. The CJ IHC remarked that the court would not run on the basis of concerns and the doors are open for everyone if anyone finds something wrong.

Later, the high court gave a one-month deadline to the government committee to prepare a report regarding social media rules and adjourned the hearing till May 10.

Earlier on Tuesday last, the government formed a committee, headed by Minister for Human Rights Dr Shireen Mazari, to review social media regulations introduced last year. The development came after the federal government in January informed the Islamabad High Court that it would review the regulations in an ongoing case challenging their formation. The committee will be submitting its recommendations within 30 days.

The social media rules invited strong criticism from internet service providers, digital rights activities, and tech giants alike when it was introduced. The rules were devised following a September 2019 IHC verdict berating the PTA for failing to frame relevant laws under Section 37 of the PECA law. Owing to criticism from digital and human rights activists, civil society, journalists, and strong opposition from the Asia Internet Coalition (AIC), the federal government had initially formed a consultative committee to take all stakeholders on board.