Gwadar, a crown jewel of CPEC, has become the capital of southern Balochistan, a move that will bring the coastal town into new limelight, catapulting its “star image” on the national and international spectrum.

Talking to Gwadar Pro, Gwadar Port Authority (GPA) Chairman Naseer Khan Kashani revealed that Gwadar as got an official status of capital of southern Balochistan. “We have received a letter from the Government of Balochistan in this regard.”

A government official of Balochistan said that Gwadar is now an official provincial metropolis of southern Balochistan. GDA officials said the provincial government has declared the rest house of Gwadar Port Authority (GPA) as the secretariat office of Gwadar.

It is revealed that an agreement in this regard has been inked. Funds have also been allocated to furnish the civil secretariat of Gwadar. A team of Services & General Admission Department has launched the recruitment process.

Gwadar Development Authority (GPA) official Nadir Baloch said that the new initiative would have a positive impact on the image of Gwadar rising as the apple of the eye for everyone especially for those who visualize Gwadar as a unicorn of future development. It will help charge up Gwadar Master Plan, he added.

It is pertinent to mention that on February 23, 2017 former Balochistan Chief Minister Nawab Sanaullah Zehri announced to designate Gwadar as the winter capital of the province and directed all provincial departments to set up their offices in the port city.

Presiding over the 16th meeting of the Gwadar Development Authority (GDA) governing body, he said the decision had been taken in view of the importance of Gwadar as a future economic hub of the country. 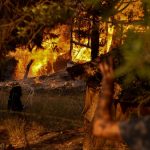