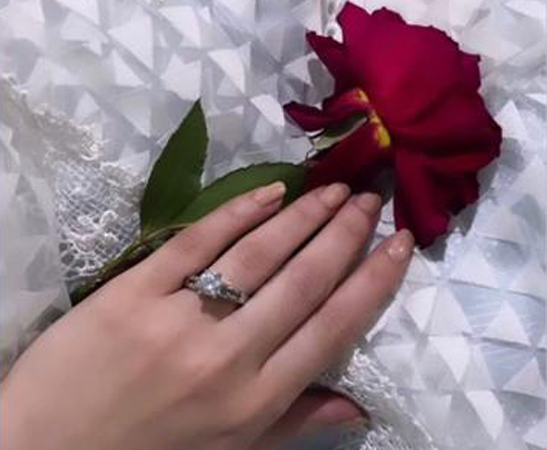 Hania Amir’s April Fool’s Day prank involving her getting engaged to singer Shamoon Ismail didn’t quite have the desired effect after Twitter ripped it apart. Early on Thursday, Hania uploaded a picture of her left hand with a diamond engagement ring on her ring finger and a rose to compliment it. Soon after, she started sharing congratulatory messages from her close friends on her story, who were, quite obviously, in on the prank. While some fans continued to wonder whether Hania was engaged, many figured out that it was just a prank. So, when Hania took to Instagram late on April. 1 to announce, “Thanks, guys. I’ll definitely have a better quality photo when it’s real,” the news didn’t really elicit many laughs. Hania ended up on the top of Twitter trends, with Twitter user coming up with all sorts of reactions. News desk