Bureaucracy made ‘every attempt’ to conceal evidence: Broadsheet report 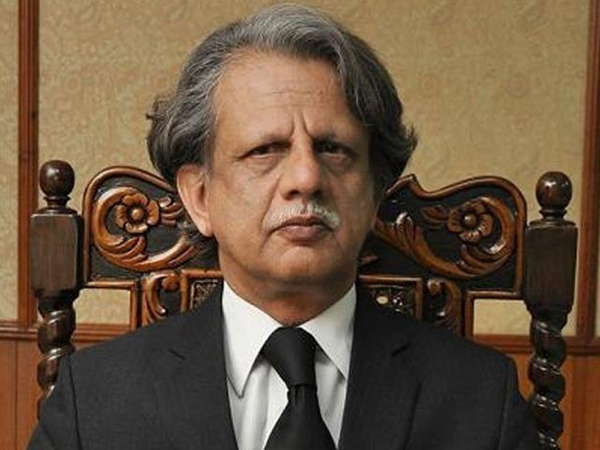 The inquiry commission constituted to investigate the Broadsheet scandal Thursday said no institution except the National Accountability Bureau (NAB) cooperated with it, adding that the bureaucracy made every attempt to conceal the evidence.

The one-man commission headed by Justice (r) Sheikh Azmat Saeed released its findings, which stated in the report that Broadsheet’s records were missing from ‘nearly everywhere’, including the Pakistan High Commission in London. “Bureaucracy made every attempt to hide records or make them disappear in moves that were in many instances transcontinental,” the report maintained. “Even before the commission could become functional upon provision of office space and staff, the bureaucracy went into a self-preservation mode and withdrew into its shell like a threatened snail,” it said. “The level of non-cooperation from the various ministries/divisions/departments would have made Gandhi proud. Every effort was made to conceal, hide and ‘misplace’ the relevant record in a rather obvious effort to cover up the incompetence and corruption of the present incumbents, their predecessors and political benefactors,” it added.

The report states that the chairman of the commission (Justice Saeed) did not think it necessary to record Tariq Fawad Malik and Broadsheet CEO Kaveh Moussavi’s statements. The report observed that Kaveh Moussavi, the head of the firm, is a convict and that he labelled allegations on some personalities. The probe of the allegations, it added, isn’t mentioned in the terms of reference of the commission, and government can have them investigated independently.

It added that the government’s asset recovery agreement with Broadsheet was “proof of government institutions’ not understanding international law”. It observed that 12 diplomatic cartons containing the record related to Swiss accounts were currently with the NAB and the anti-graft watchdog could analyse whether the record would be useful. In 2009, then Pakistani high commissioner in the United Kingdom Wajid Shamsul Hasan had reportedly received the 12 cartons comprising original documents and evidence against some Pakistani high-ups in a Swiss money laundering case.

The report also included a note by Justice Saeed stating, “While penning the report in Margalla, I could feel the presence of jackals in,” adding that “their howling couldn’t stop me from my rendering my duties”

Addressing a post-cabinet meeting press conference on Thursday, Minister for Science and Technology Fawad Chaudhry detailed some of the findings of the Broadsheet commission. He said as per the report, “criminal action” will be taken against five people immediately: Ahmer Bilal Soofi; Hassan Saqib Sheikh, who is currently with the Federal Board of Revenue; former joint secretary of the Ministry of Law Ghulam Rasool; former deputy high commissioner to the UK Abdul Basit; Shahid Ali Baig, who was the director audit and accounts at the Pakistan High Commission in London at the time; and Tariq Fawad Malik, who had facilitated the signing of the Broadsheet contract.

“The Broadsheet commission has declared these five men as the main accused in its report,” Chaudhry told the presser, adding that the commission had termed the period between 2011 and 2017 as “the darkest era of NAB” with regards to the bureau’s administration and the accountability process of that time.

The report comprises 61 pages and about 500 more pages are annexed to the report as documents and statements of witnesses. During the six-week inquiry, the commission recorded statements of 26 witnesses, including four former chairpersons of the NAB, which included three former three-star generals namely retired Lt Gen Mohammad Amjad, Lt Gen Khalid Maqbool and Lt Gen Munir Hafeez. The commission also recorded the statement of former NAB chairman Naveed Ahsan. Former and incumbent federal secretaries also testified before the commission.