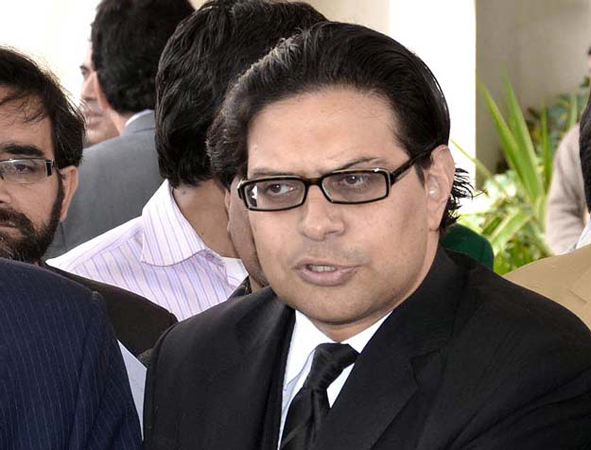 The PML-N on Thursday demanded re-polling at 109 ‘controversial’ polling stations of the NA-75 Daska, if not the entire constituency, a private TV channel reported.

The Supreme Court is hearing a petition filed by PTI’s candidate from NA-75, Ali Asjad Malhi, in which he has requested the ECP’s Feb 25 decision to hold a fresh by-election in NA-75 be dismissed. Violence had marred the NA-75 by-election which had taken place in February, as firing incidences took the lives of two people and injured a few.

“Even someone getting slapped is enough for polling to be held again in a constituency,” said Salman Akram Raja, arguing the PML-N candidate’s case. “The election is influenced when even a single person is subjected to torture,” he said.

“Salman Akram Raja sahab, please redirect your argument to the relevant points,” said Justice Umar Ata Bandial. “You are responsible for not completing your arguments during the last hearing.”

The judge told the counsel that “a storm had erupted” as he did not complete his argument during the last hearing. “You have half an hour, complete your argument,” said the judge, adding that the court will hear PTI candidate Asjad Ali Malhi and the ECP next.

Raja said chaos had ensued at around 40 or 76 polling stations, adding that the perception was that clashes were taking place in the entire constituency. “During the previous hearing, you said both the police and polling staff went missing for several hours [on the polling day],” said Justice Bandial. The judge told Raja to present his argument over the missing presiding officers’ matter so that the court could ask for the petitioner, the PTI candidate, to reply to it.

Raja told the court that in rural areas of the constituency, the voter turnout was 52% while in the urban areas of NA-75, the turnout had been measured at 35% due to violence. “The ECP said hindrances were created in the voting process according to a plan,” said Raja.

“The ECP did not mention any plan in its order,” responded Justice Muneeb Akhtar. Justice Bandial said the ECP did not have the mobile phone records of the 20 missing presiding officers, wondering how that could be obtained.

“The election commission is a constitutional institution that conducted its own investigation,” said Raja. “Its decision will help thwart any similar attempts in future.” He requested the court to accept the ECP’s decision to hold re-polling in the entire constituency as effective based on these two reasons.

“Can you tell us how many presiding officers were under the control of the areas being managed by police officer Umar Virk?” asked the court. “Eight presiding officers in those areas went missing,” said Raja. “Things went out of control at 109 polling stations,” he added. “This is such a large number that the ECP had to order re-polling in the entire constituency.”

Raja said the civil administration’s lack of cooperation during the by-election benefited the PTI candidate. He said presiding officers in Daska were kidnapped, which was a serious matter.

“Limit your arguments to the missing 20 presiding officers,” responded Justice Sajjad Ali Shah. “If the ECP ordered re-polling at the ‘controversial’ polling stations, even that would have been appropriate,” said the PML-N candidate’s lawyer.

Raja said if re-polling cannot be held in the entire constituency then it should be held across 109 polling stations where the voting process had been marred. “Our request, however, remains that polling should be conducted again throughout the constituency,” he said.

The PML-N candidate’s lawyer completed his arguments, after which the court adjourned proceedings till today.