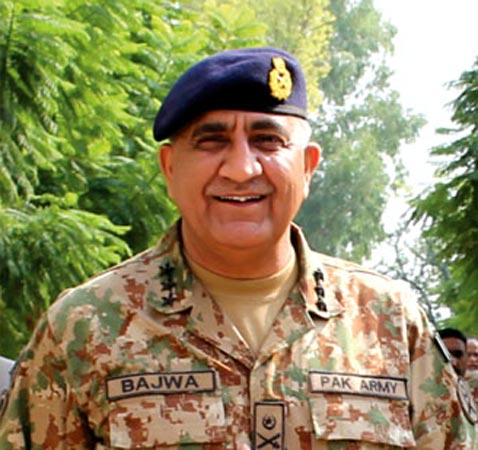 Chief of Army Staff (COAS) General Qamar Javed Bajwa has said that both Pakistan and Poland have convergence of strategic interests on a range of security issues including fight against terrorism.

The Chief of Army Staff said this on Thursday during a meeting with Piotr A Opalinski, Ambassador of Poland to Pakistan, who called on him at General Headquarters (GHQ), said the Inter-Services Public Relations (ISPR).

The Army Chief said that Pakistan values its relations with Poland which are anchored by mutual trust and profound historic foundations.

During the meeting matters of mutual interest, regional security and enhanced bilateral and defence cooperation between both countries were discussed.

The visiting dignitary appreciated Pakistan’s efforts for bringing peace and stability in the region, especially the Afghan peace process.

Earlier on Wednesday, General Bajwa said that Pakistan attaches great importance to furthering bilateral relations with Ukraine in all domains. He expressed these views during a meeting with Ukrainian Ambassador to Pakistan Markian Chuchuk who called on him at GHQ, said the ISPR.

During the meeting matters of mutual interest, regional security and enhanced bilateral and defence cooperation came under discussion, said the military’s media wing. The ISPR said that the visiting dignitary appreciated Pakistan’s sincere efforts for bringing peace and stability in the region, especially in the Afghan peace process.

Both sides reiterated the commitment for expanding bilateral engagements through structured forums and regular exchanges, particularly with respect to defence cooperation.